Watch out gold bugs, we could be going under US$1,600: Phillip Streible

Gold fluctuated between gains and losses as investors weighed the increasing risk of a global recession against the Federal Reserve's tightening path.

Bullion has had a wild ride this year, tumbling almost 20 per cent since a March peak as the Federal Reserve aggressively tightened monetary policy, prompting investors to seek shelter in the US dollar. The non-yielding metal, which typically has a negative correlation with the dollar and rates, has been pressured by the stronger greenback. 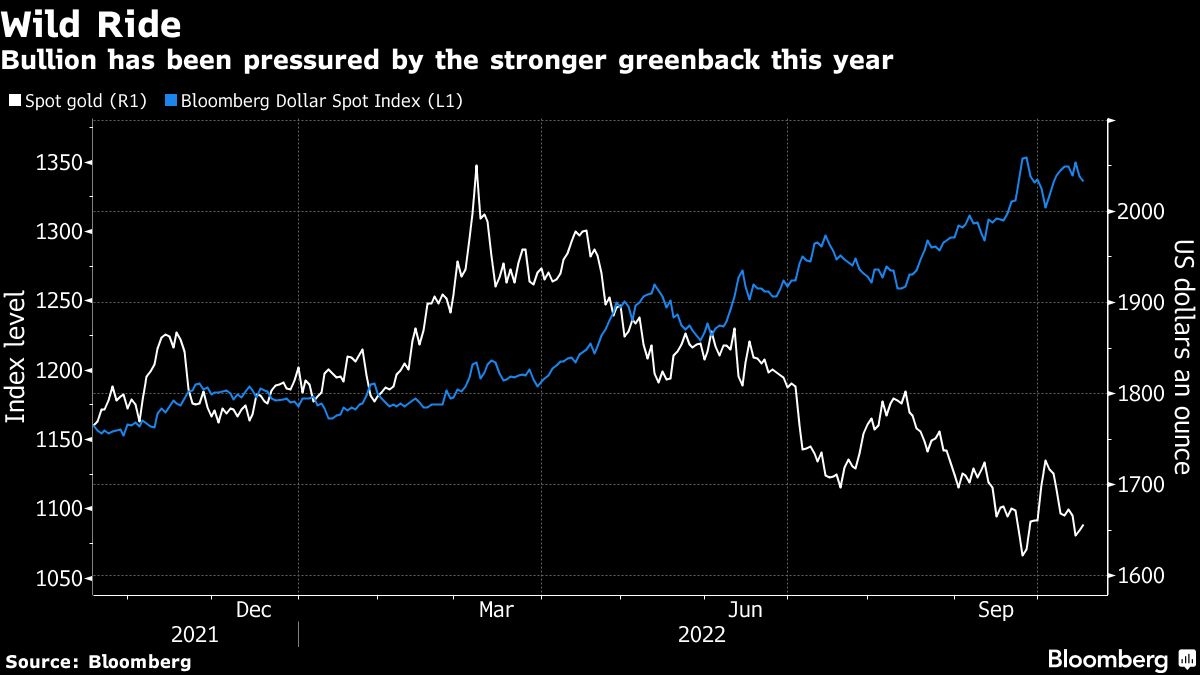 Chancellor of the Exchequer Jeremy Hunt's move to rip up what was left of the prime minister's controversial economic program to restore order to the UK public finances boosted the pound and the nation's bonds on Monday, causing the dollar and Treasury yields to slip. That helped gold gain 0.3 per cent in the session.

Bullion is still trading near its lowest level in the month, with concerns of a hawkish Fed policy to quash hot inflation weighing on the metal. In China, President Xi Jinping provided few signs of a letup in the nation's COVID Zero strategy and further support for the ailing property sector.

“The recent economic data hasn't offered cause for much optimism but that could change over the coming months, with central banks now surely not far from their terminal rates,” Craig Erlam, senior market analyst at Oanda Europe Ltd., said in a note. Resistance ahead could be found around US$1,680 and US$1,700 an ounce, he added.

Spot gold rose 0.1 per cent to US$1,652.23 an ounce as of 10:19 a.m. in London. The Bloomberg Dollar Spot Index was little changed. Silver, platinum and palladium edged higher.