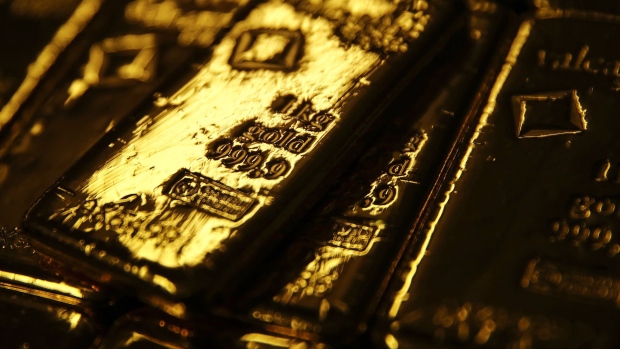 (Bloomberg) -- Gold headed for the biggest weekly loss in more than two years as progress in U.S-China trade talks hammered demand for havens.

Spot bullion is 3% lower this week, the most since May 2017, after prices nosedived on Thursday as Washington and Beijing moved closer to a phase-one agreement. Other precious metals plunged, with silver down 6.1% since Monday.

Gold prices have been sustained in 2019 by the frictions thrown up by the trade conflict, interest rate cuts from the Federal Reserve, and robust demand from investors and central banks. That trio of drivers is now under attack as the two largest economies near an initial pact, with the sides agreeing to a tariff rollback as part of any deal. At the same time, the U.S. central bank recently indicated that after three rate cuts, policy makers are now pausing.

“Haven buying dried up amid the risk-on tone in markets,” Australia & New Zealand Banking Group Ltd. said in report, noting that on Thursday bullion had dropped by about $20 “in the blink of an eye.” The move toward rolling back tariffs is a “significant breakthrough for negotiations,” it said.

The week’s losses were compounded by news that China’s central bank, which had been a consistent accumulator of bullion since late 2018, failed to add to holdings again last month, according to data on Thursday.