Gold will surge above US$1,600 an ounce as the Federal Reserve embarks on a quartet of interest rate cuts to combat slowing U.S. growth and the fallout from the trade war with China, according to BNP Paribas SA, which flagged prospects for a significant rise in prices in the coming months.

Bullion will benefit as the Fed opts for four, 25 basis point cuts between this month and June 2020, Harry Tchilinguirian, head of commodity research, said in a note. As nominal yields fall with each reduction, “real rates will move and stay in negative territory, raising the appeal of holding gold,” he said. 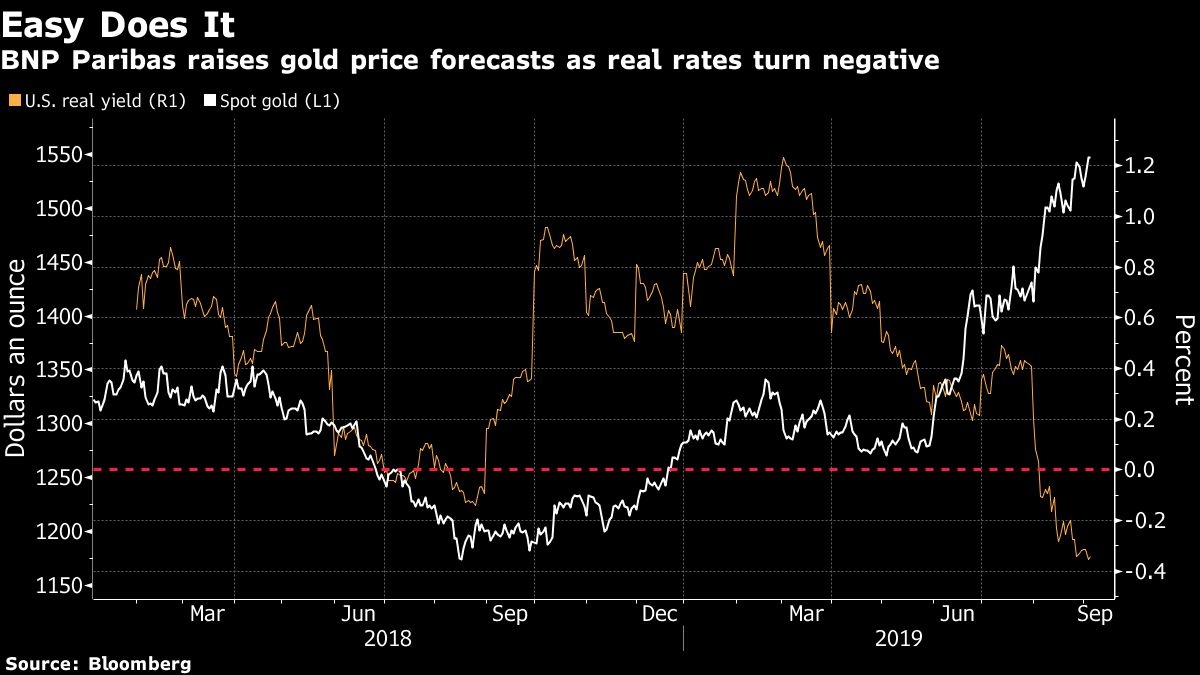 Gold has soared this year on increased demand for havens as the U.S.-China trade war damages global growth, prompting central banks including the Fed to adopt a more accommodative stance. In July, U.S. policy makers reduced borrowing costs for the first time in more than a decade, and they are widely expected to do so again at their Sept. 17-18 meeting. Against that backdrop, investors have boosted holdings in bullion-backed exchange-traded funds.

“The trade war is unlikely to be resolved quickly,” Tchilinguirian said. “In this context, gold has resumed its traditional role as a safe-haven asset” and holdings in ETFs are now heading toward peak levels seen in 2012, he said as BNP boosted price forecasts for this year and next.

The four cuts would reduce the upper bound on the Fed’s benchmark rate to 1.25 per cent, in line with current forward rates at 1.2 per cent, Tchilinguirian said. The U.S. central bank “has acknowledged that risk mitigation relative to foreign conditions is part and parcel of its decision-making process.”