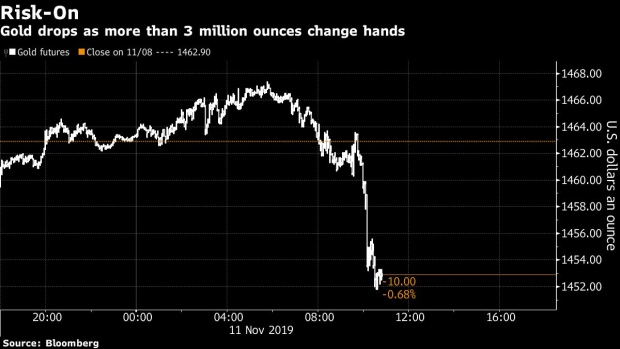 (Bloomberg) -- Gold futures tumbled to a three-month low as contracts equal to over 3 million ounces changed hands in half an hour, fueling the sell-off.

On Friday, the Commodity Futures Trading Commission released data showing hedge funds boosting their bets on gold’s decline by 15% to 31,111 futures and options in the week ended Nov. 5, the highest since early June.

To contact the reporter on this story: Luzi Ann Javier in New York at ljavier@bloomberg.net

To contact the editor responsible for this story: Luzi Ann Javier at ljavier@bloomberg.net