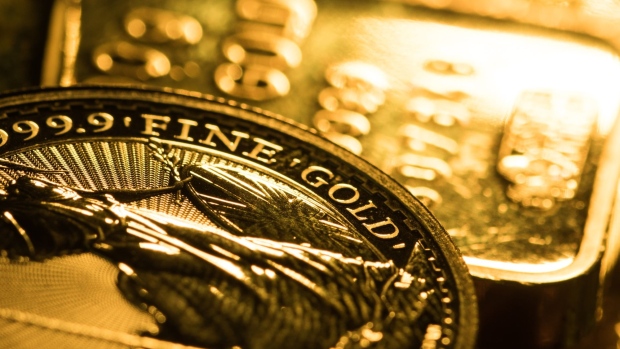 Gold dropped below US$1,900 an ounce as technical selling took over after an earlier recovery in the dollar and Treasury yields sent prices tumbling. Silver tumbled the most since September.

Gold fell as much as 4.5 per cent in New York, the most since November, erasing gains made at the start of this year. Silver slid as much as 9.8 per cent. The dollar erased losses amid higher U.S. 10-year Treasury yields, which are raising the prospect of a pause in the currency’s recent slide. Gold’s initial drop was exacerbated after prices breached the 100-day moving average, a key technical level.

Precious metals have swung sharply since the start of the new year as higher benchmark Treasury yields and growing expectations of economic support pressured prices, while a raging pandemic, uncertainty on a global economic recovery and expectations of rising inflation remain tailwinds for the metal.

“It is the first week of January and the staying power for positions tends to be low so moves can get exaggerated,” Tom Fitzpatrick, a Citigroup Inc. technical strategist, said in an emailed message. The range between roughly US$1,849 and US$1,855 is a key area to watch, given the move lower is similar to a pattern in November when yields and the dollar also pressured gold, he said.

The two Democratic wins in Georgia’s Senate runoffs this week give U.S. President-elect Joe Biden full control of Congress, allowing him to push through more stimulus and higher spending on economic reconstruction.