Goldcorp Inc. plunged to a two-year, the steepest decline among gold miners, after the company reported a bigger third-quarter loss than analysts had expected.

The Vancouver-based miner posted a net loss of 12 cents a share, compared with the average analysts’ estimate of 10 cents compiled by Bloomberg. Operating results were hurt by lower output of all metals from the company’s Peñasquito mine, while costs climbed.

The results were a "clear disappointment" and the company will have to deliver on its fourth quarter guidance of 620,000 ounces to prove to investors it is at an inflection point, Andrew Kaip, an analyst at BMO Capital Markets, said in a note.

“We knew this would be a miserable quarter,” Michael Siperco, an analyst at Macquarie Group Ltd., said in a telephone interview. “It was a little bit weaker than most expected.”

The shares slumped as much as 13 per cent percent to $11.89, the lowest intraday level since July 2002. They traded at US$11.90 at 10:06 a.m. in Toronto, making it the worst performer among 15 large gold miners tracked by Bloomberg Intelligence.

--With assistance from Aoyon Ashraf and Joe Richter 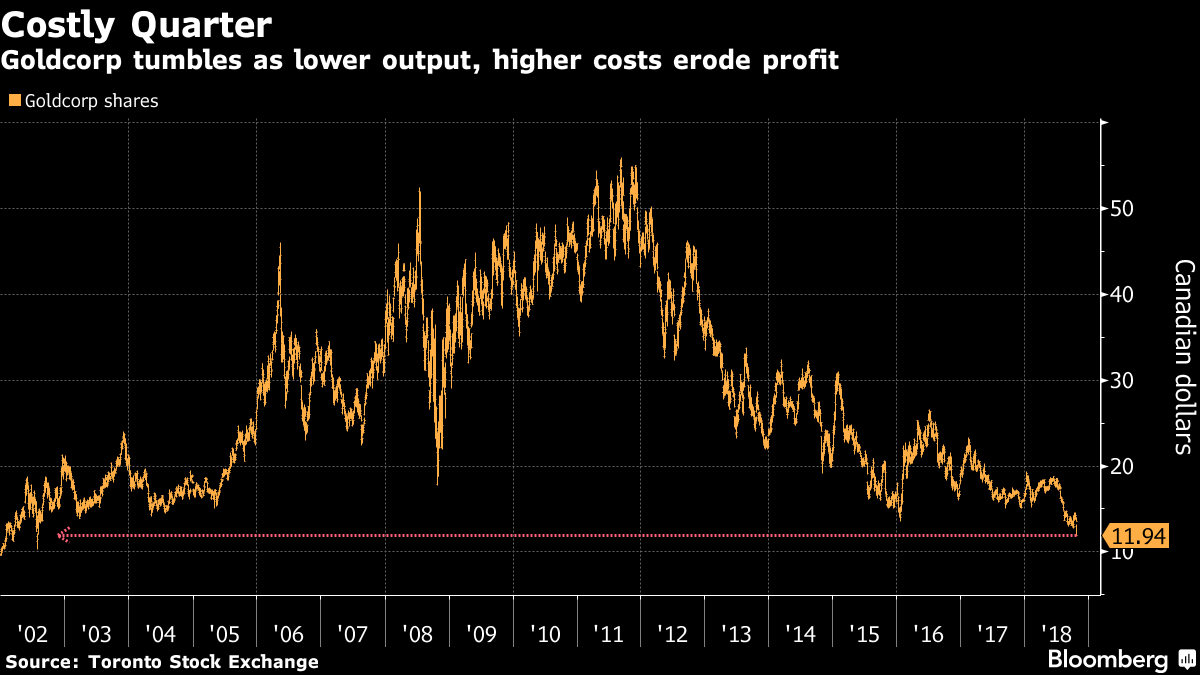