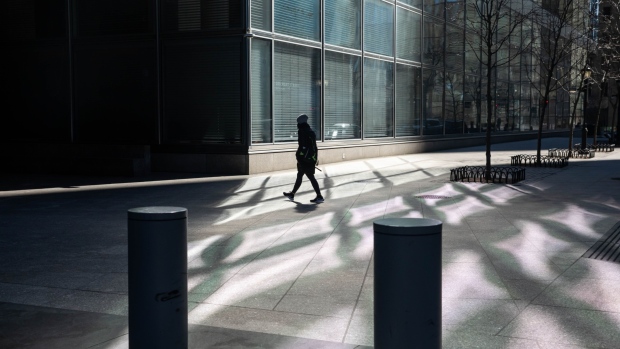 In a note titled “tactical retreat,” Goldman’s currency team closed its recommended short greenback position against a basket of Group-of-10 commodity currencies, including the Australian and New Zealand dollars. The firm joins hedge funds and other investors capitulating on bearish dollar bets after surging Treasury yields triggered a rebound in the U.S. currency, capsizing one of the world’s most crowded macro trades.

“Although we still expect these currencies to appreciate versus the dollar over the coming quarters, firm U.S. growth and rising bond yields may keep the greenback supported over the short-term,” strategists including Zach Pandl wrote in a note Friday. “After a choppy few months we are closing our recommended dollar short trade.” 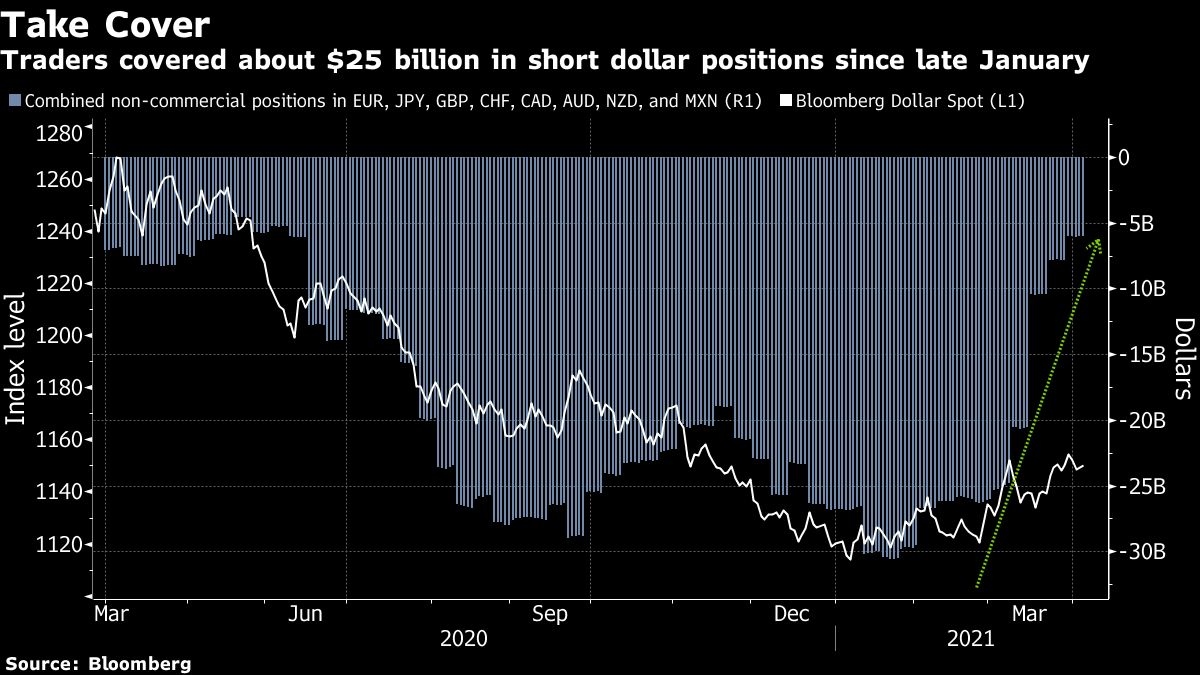 What was a near-consensus call at the end of last year has come undone as improving economic data and an 80 basis point surge in 10-year Treasury yields boosted the dollar’s appeal relative to peers. The Bloomberg Dollar Spot Index has risen by more than 2 per cent this year.

Yet Goldman’s call wasn’t a money-loser: The trade would have netted a 5 per cent gain since its inception even though it has been “roughly flat” since the start of the year, the strategists wrote.

Goldman is “still quite bearish on the broad dollar outlook both from a cyclical standpoint and from a structural standpoint,” Pandl said Monday in an interview on Bloomberg TV. He added that the greenback is still expensive relative to peers and the recovering global economy and a widening U.S. current account deficit could weigh on the currency over the longer term.

Opportunities to short the dollar may re-emerge as Europe’s pandemic situation improves, the Goldman team wrote. It sees the euro gaining in the next three months to the US$1.21 level before testing US$1.28 in a year. The common currency rose 0.5 per cent to trade around US$1.1814 at 12:37 p.m. Monday in New York.

“Clear evidence that Europe’s Covid situation is getting under control would likely warrant fresh dollar short recommendations,” the strategists wrote.

Yet for now, the U.S. economy is showing signs of gaining strength, which could bolster the dollar by driving up bond yields. The U.S. Labor Department on Friday reported that employers in March added the most jobs in seven months, with improvement across most industries.

For Win Thin, global head of currency strategy at Brown Brothers Harriman & Co., the better-than-expected jobs report added to evidence the economy “is gathering momentum” and bolsters the case for a stronger dollar this quarter.

--With assistance from Cormac Mullen, Netty Ismail and Susanne Barton.