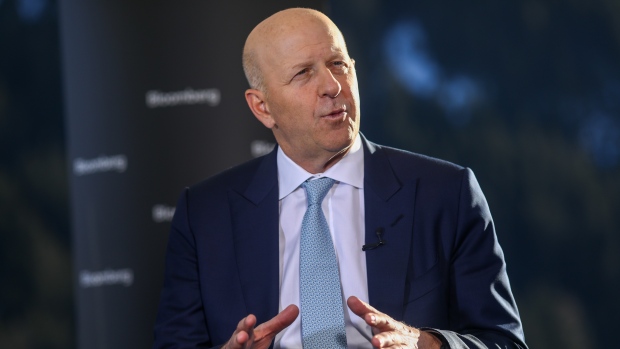 His pay included US$2 million in salary, a US$7.65 million cash bonus and US$17.85 million long-term incentive, the New York-based bank said Friday in a filing.

The pay boost comes just as Goldman is embarking on a US$1.3 billion cost-cutting plan that includes removing some managers and shifting employees to less expensive locales. That is aimed at helping the firm meet a goal Solomon, 58, set at the firm’s first-ever investor day in January to boost return on equity above 13 per cent in the next three years, up from 11.5 per cent in 2019. Solomon has spent much of his time as CEO accelerating the push into new areas, such as consumer banking and wealth management.

Morgan Stanley previously said it cut CEO James Gorman’s pay by 6.9 per cent to US$27 million. JPMorgan Chase & Co. awarded Jamie Dimon US$31.5 million, a 1.6 per cent increase. Both firms had their most profitable years ever in 2019.

Goldman shares climbed 38 per cent last year, beating the 29 per cent gain for the 66-company S&P 500 Financials Index. The stock is down 40 per cent this year amid the coronavirus pandemic.

The firm is still waiting for a resolution to criminal probes examining its role in the 1MDB scandal, in which money was allegedly diverted to corrupt officials and financiers from a Malaysian government development fund. Solomon previously oversaw the division when it became embroiled in the scandal. Goldman has said wrongdoing was committed by a rogue employee and that the bank wasn’t aware of the misconduct.

Equity awards given to him in 2018 are subject to clawbacks if the results of the investigation “would have impacted” the board’s pay decisions for any senior executives. The board’s compensation committee said it saw no reason to add a similar restriction to 2019 awards.