“I’ve been doing this 30 years and I’ve never seen markets like this,” Currie said in a Bloomberg TV interview. “This is a molecule crisis. We’re out of everything, I don’t care if it’s oil, gas, coal, copper, aluminum, you name it we’re out of it.” 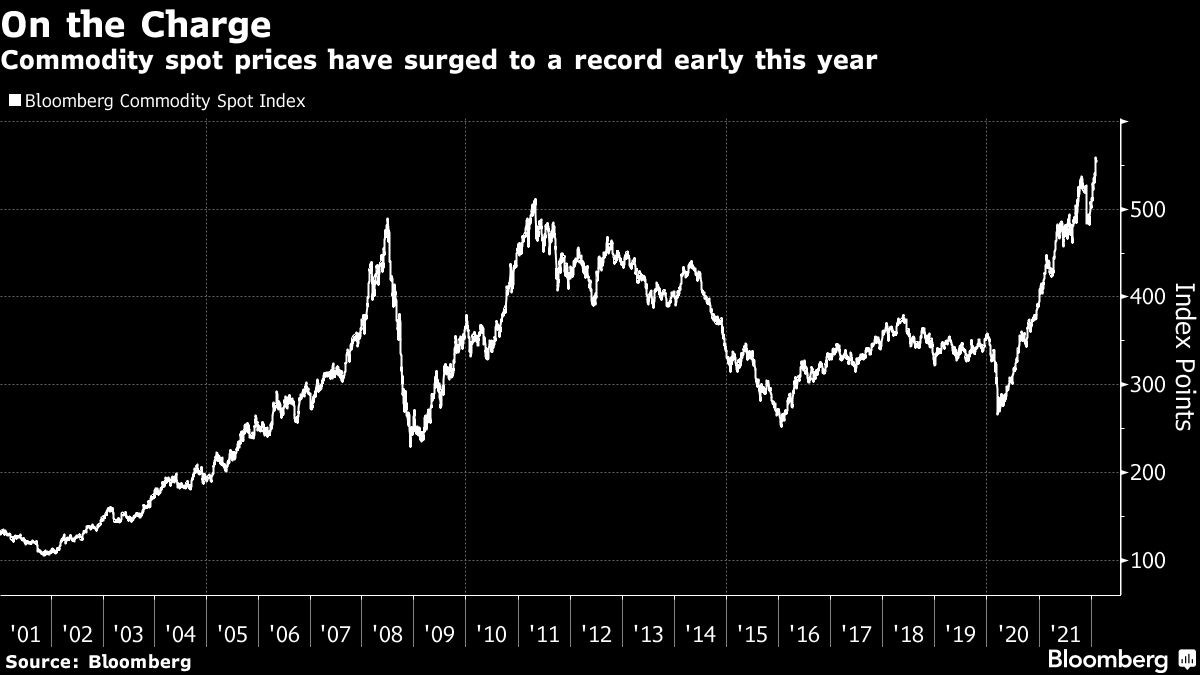 Futures curves in several markets are trading in super-backwardation -- a structure that indicates traders are paying bumper premiums for immediate supply. The downward sloping shape in prices is generally taken to mean commodities are severely undersupplied.

The Bloomberg Commodity Spot Index, which tracks 23 energy, metals and crop futures, has touched a record this year. That has been driven in part by surging oil prices, which have hit their highest level since 2014.

Diesel futures are in their strongest backwardation since 2008, excluding expiry days, according to data compiled by Bloomberg, while the structure of the crude market has also been booming in recent days. All six of the main industrial metals traded on the London Metal Exchange moved into backwardation late last year, in a rare synchronized bout of tightness last seen in 2007.