The Wall Street firm is embarking on a plan to eliminate about one per cent of its workforce, or roughly 400 positions, according to people with knowledge of the matter, who asked not to be identified as the information isn’t public. Adding that to disclosures this week by other banks would take the total announced this year to 67,844, according to figures compiled by Bloomberg.

More than 30 lenders -- from Europe, North America, Asia and Africa -- are behind the planned reductions. The actual total is probably higher because many banks eliminate staff without disclosing their plans. The banks cited a need to reduce expenses to offset the cost of credit souring during the pandemic as well as spending to comply with stricter regulation and invest in digital technology. 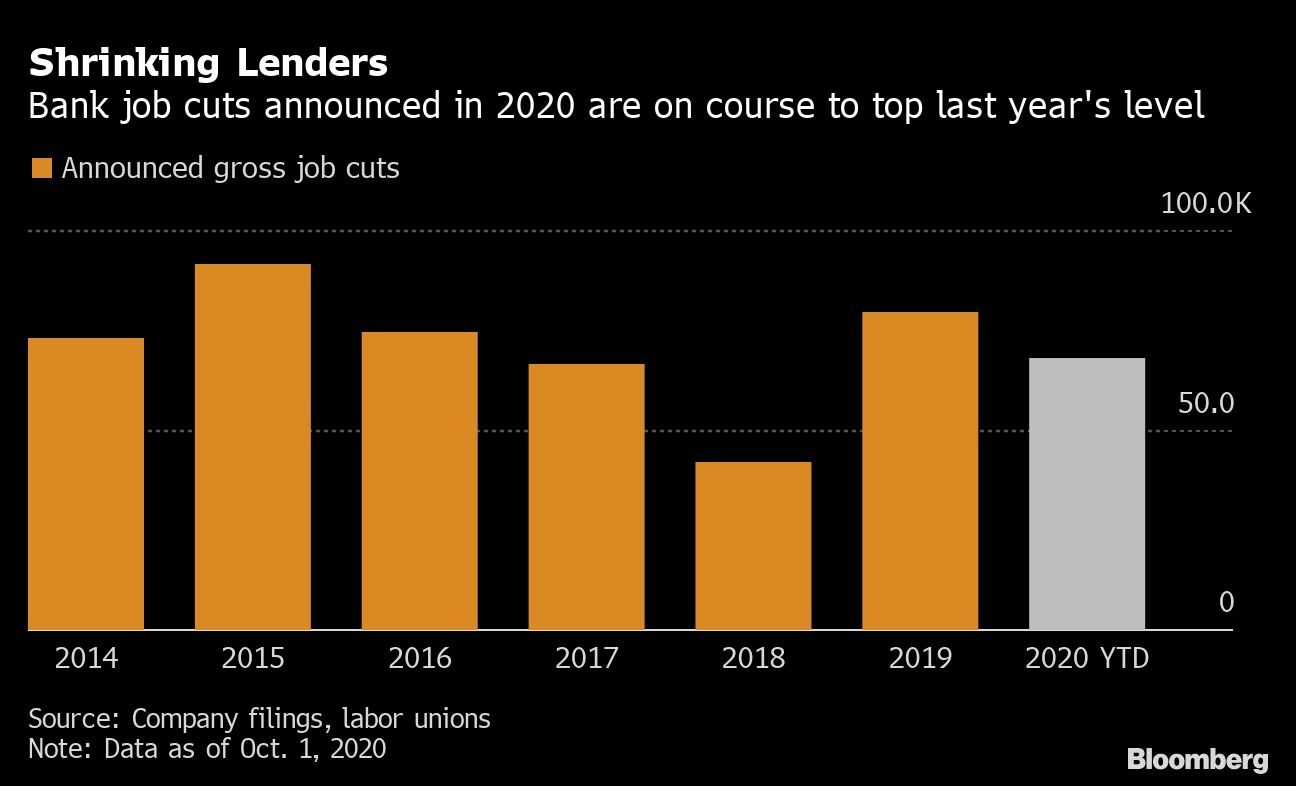 Goldman’s plans suggest that the pandemic is outlasting the financial industry’s resolve to offer jittery employees stability through the economic downturn. They add to a bad week for banking jobs. Italy’s Intesa Sanpaolo SpA said on Wednesday that it agreed with trade unions on at least 5,000 voluntary job reductions. Banco de Sabadell SA’s U.K. unit said this week it will eliminate more than 900 roles.

Total disclosed job eliminations since the start of 2014 now stand at about half a million. For comparison, JPMorgan Chase & Co., the biggest U.S. bank, had a headcount of 256,710 at the end of June.

Banks headquartered in Europe, which didn’t bounce back from the 2008 financial crisis as quickly as the U.S., account for the largest share of the announced job cuts. That’s driven largely by HSBC Holdings Plc, which said in February that it would reduce its workforce by 35,000 as part of a plan to cut $4.5 billion of costs at underperforming units in the U.S. and Europe.