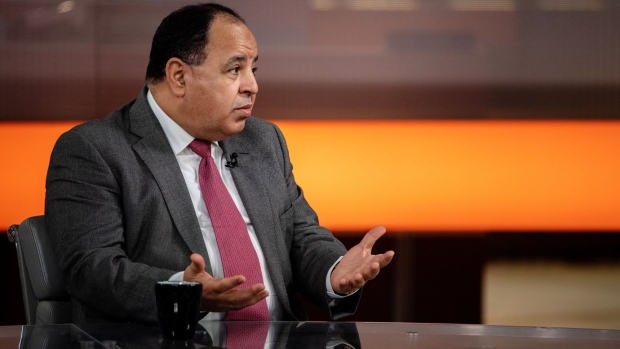 Goldman Sachs Group Inc. has estimated that Egypt may need to secure a $15 billion package from the International Monetary Fund, but a top official said it’s seeking a smaller amount.

Asked if Egypt is asking for $15 billion, Maait said “this figure is not true at all,” adding that it’s “definitely” less and declining to be more specific. The estimate wasn’t attributed to Goldman during the television program.

To shore up its finances, the North African nation is seeking a new IMF loan after seeing about $20 billion in foreign outflows this year by investors in local debt who exited what had been a favorite market.

A major food importer, Egypt has struggled to cope with record grain prices fueled by Russia’s invasion of Ukraine. The two countries at war previously supplied most of Egypt’s wheat and were a major source of visitors for its economically important tourism industry.

Egyptian officials in the past have spoken about much lower amounts. When asked in May about the possible size of an IMF loan, central bank Governor Tarek Amer said “Egypt now has taken a big quota so it won’t be a big amount.”

Repayments to the IMF are set to reach a cumulative $13 billion over the next three years, according to Goldman.

The country has been one of the IMF’s biggest borrowers in recent years, agreeing to a three-year, $12 billion loan program in 2016. More recently, Egypt secured a $5.2 billion stand-by arrangement as well as $2.8 billion under the IMF’s Rapid Financing Instrument, helping authorities tackle the impact of the coronavirus.

In a July report, Goldman estimated that Egypt may need to secure $15 billion from the IMF to meet its funding requirements over the next three years. Authorities have already won pledges of more than $22 billion in deposits and investment from Saudi Arabia, the United Arab Emirates and Qatar.

Egypt turned to the IMF for new assistance in March, and speculation since then has focused on what conditions the lender might attach to a new package. In response to a question about any demand from the lender to devalue the domestic currency, Maait said the Finance Ministry only comments on fiscal policy.

The central bank already allowed the pound to depreciate sharply in March and it’s traded weaker since then.

During a visit to Germany last month, President Abdel-Fattah El-Sisi, said he’d asked “our friends in Europe” to help convey a message to international financial institutions like the IMF and the World Bank that “the reality in our country can’t support” the kinds of steps that might be called for while the current crisis persists, according to the state-run Middle East News Agency.