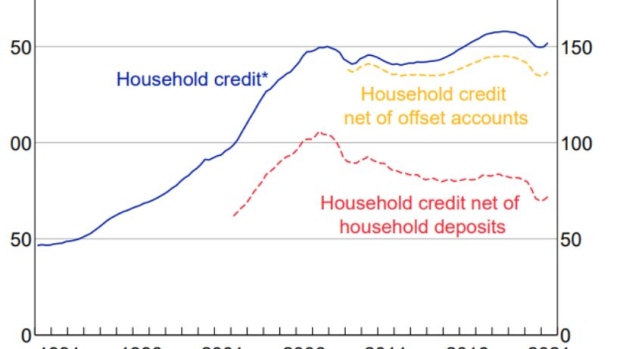 (Bloomberg) -- Australian households can sustain materially higher interest rates this year as their net debt has sharply sunk since the global financial crisis, according to Goldman Sachs Group Inc.

Australia and New Zealand chief economist Andrew Boak was speaking ahead of Tuesday’s rate decision, where the central bank is widely expected to lift the benchmark rate by 50 basis points to 1.35%.

“It’s a very unusual situation, where at the moment financial buffers are very, very large and unprecedentedly large,” Boak said in a Bloomberg Television interview.

He cited a Reserve Bank measure of household debt minus savings and deposits, that’s fallen to around 75% of disposable income from more than 100% during the 2008-09 crisis.