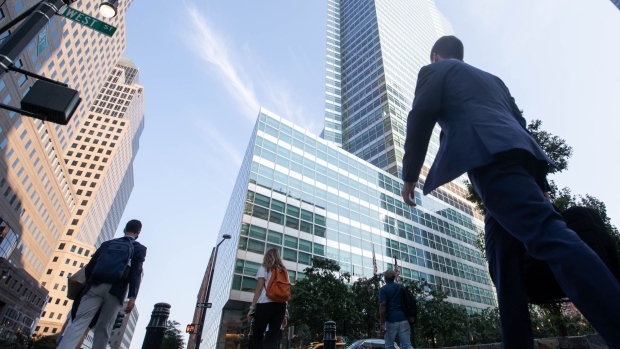 Office workers walk near the Goldman Sachs Group Inc. headquarters in New York, U.S., on Thursday, July 22, 2021. After a year of Zoom meetings and awkward virtual happy hours, New York's youngest aspiring financiers have returned to the offices of the city's investment banks, where they're making the most of the in-person mentoring and networking they've lacked during the pandemic. , Bloomberg

“We’re focused on delivering energy optimization, resilience and mental-health programs that support our people in caring for themselves and their families,” Bentley de Beyer, Goldman Sachs global head of human capital management, said Monday in an emailed statement.

The additional perks include paid leave for miscarriages, more paid leave for the death of an immediate family member and a six-week unpaid sabbatical for long-term employees, according to an internal memo seen by Bloomberg News.