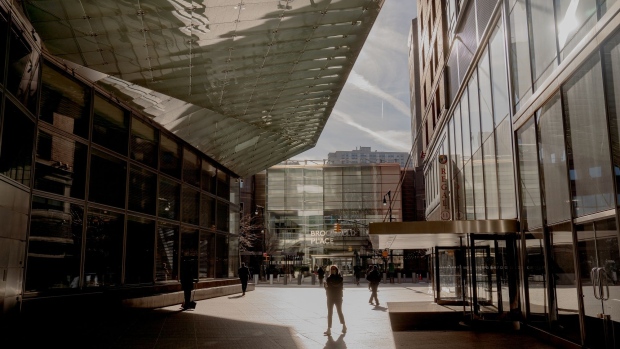 Economists led by Jan Hatzius now predict the Fed will lift its near zero benchmark by 25 basis points five times this year rather than on four occasions. That would take the benchmark to 1.25%-1.5% by the end of the year.

Shifts are now seen by Goldman Sachs in March, May, July, September and December. They also expect officials to announce the start of a balance sheet reduction in June.

The switch came days after Fed Chair Jerome Powell said officials were ready to raise rates in March and left the door open to moving at every meeting if needed to curb the fastest inflation in 40 years. A government report on Friday showed the Employment Cost Index rose 4% in the year through December, the most in two decades.

Fed Kicks Off Most Aggressive Global Tightening in Decades

“The evidence that wage growth is running above levels consistent with the Fed’s inflation target has strengthened, and we have revised up our inflation path,” the Goldman Sachs economists said in a report to clients. “In addition, Chair Powell’s comments earlier this week made it clear that the Fed leadership is open to a more aggressive pace of tightening.”

The Fed could still switch gears if market conditions change or the economy decelerates much faster than projected, or tighten monetary policy even more than forecast if inflation remains high enough, they said.

Even as they agreed the Fed will do more than they previously bet, banks were divided this week over how aggressive policy makers would be.

Nomura Holdings Inc. even reckons the central bank will deliver a 50 basis points increase in March, which would be the biggest move since 2000.

Bloomberg Economics is sticking with the projection of five hikes it made earlier this month, though Chief Economist Anna Wong said this week there is a risk of six increases.