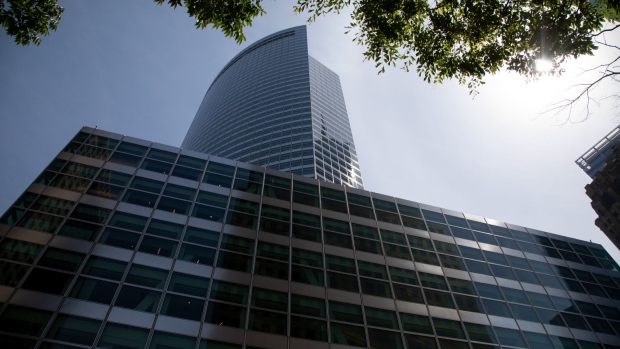 Goldman Sachs Group headquarters in New York, US, on Wednesday, June 15, 2022. The Securities and Exchange Commission is looking into whether some investments for the funds are in breach of ESG metrics promised in marketing materials, one of the people said. Photographer: Michael Nagle/Bloomberg , Bloomberg

(Bloomberg) -- The market’s optimism that inflation has peaked is misguided as a potential spike in energy costs in 2023 could keep prices elevated and interest rates high, according to Goldman Sach’s Peter Oppenheimer.

The firm’s chief global equity strategist said that an uptick in demand from China and persistent supply and demand pressures could send energy and other commodity prices surging in 2023, denting hopes that the recent decline in oil means that inflation is finally subsiding.

“In the short term, the optimism we’ve seen in risk assets around peak inflation and possible interest rate cuts next year is a bit premature,” Oppenheimer told Bloomberg TV Thursday.

A decline in headline CPI and the fact that oil has erased all of its 2022 gains has sparked optimism that the worse of inflation is over. Bond market inflation expectations 12 months from now currently stand at 2.1%, while the Bloomberg Dollar Spot Index has fallen roughly 7% from its late-September peak. Though the S&P 500 has fallen in December, it’s still up 11% from its mid-October lows, while fed fund futures are forecasting the US central bank may begin to cut rates in the second half of 2023.

But to Oppenheimer, the lack of energy supply over the last decade will mean that any pick-up in demand into next year will push prices higher and keep a lid on the speed at which inflation and interest rates can come down from their cycle highs.

“I don’t think we’ll get a sustained recovery in risk assets until probably we get toward peak interest rates,” he added.

Against that backdrop, Oppenheimer is a buyer of energy stocks in 2023, despite the towering run-up the sector has had in 2022. He also said companies with cash flows and sustainable margins will fare better than stocks with pure revenue growth.

--With assistance from Alix Steel and Guy Johnson.