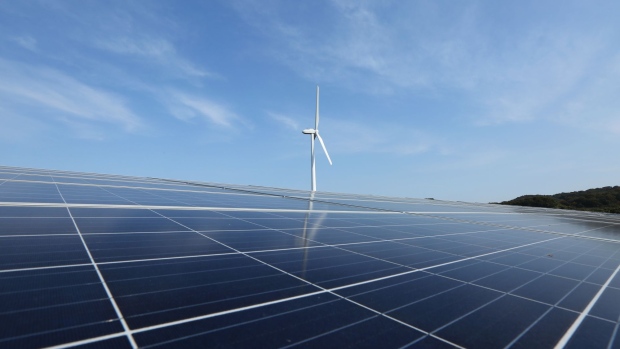 (Bloomberg) -- Goldman Sachs Group Inc. is exploring a sale of its majority stake in Japan Renewable Energy Corp. amid interest from potential investors, according to people familiar with the matter.

Goldman is working with financial advisers on the potential sale of its 75% stake in Japan Renewable, the people said, asking not to be identified because the matter is private. The sale could fetch about $2.5 billion and has drawn preliminary interest from buyers including other renewable companies, infrastructure and pension funds, the people said.

Discussions are ongoing and the owner could still decide against a sale, the people said. A representative for Goldman declined to comment.

Founded in 2012, Japan Renewable’s businesses range from solar and wind power generation to biomass plants across Japan, according to its website. Other minority investors in Japan Renewable include Singapore’s sovereign wealth fund GIC Pte.