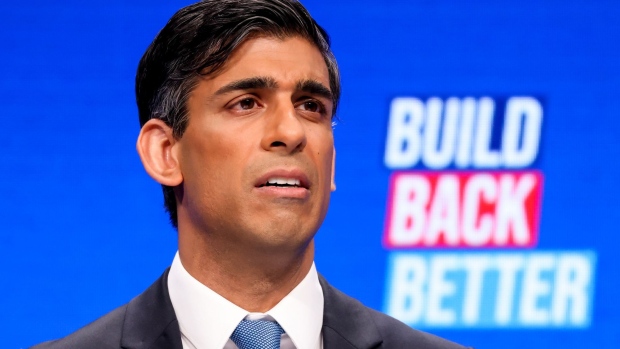 Chancellor of the Exchequer Rishi Sunak may be touting a recovery in the U.K.’s job market, but his latest spending pledge shows he’s still concerned about a spike in unemployment now his furlough plan has ended, according to Goldman Sachs Group Inc.

In a speech to the Conservative Party Conference on Monday, Sunak heralded the performance of the U.K.’s labor market during the pandemic, and announced 500 million pounds ($680 million) of funding to help get people back to work after the expiry of the wage-support program.

For Goldman economists, that extra spending, while low compared with the billions spent on furlough, is a sign the Chancellor is still harboring concerns about the outlook for the labor market even as he insists it was right to end the support in September.

About 1 million workers were likely to be still benefiting from the program when it finished, and economists and the Bank of England have warned that what happens to those people is one of the most critical factors in the outlook for the U.K.’s recovery.

For all his bravado, Sunak may share those concerns, according to Goldman’s Steffan Ball, who wrote Monday that the U.S. bank sees the announcement “as potentially signaling the Chancellor is concerned with a rise in unemployment in coming months.”

What’s less clear is whether it will work. While that extra money “may help smooth some of the potential disruptions from the unwind of the furlough scheme,” the funds “are relatively small compared to the cost of the furlough program, and come somewhat late given the program ended last week,” Ball added.