The Goldman Sachs & Co. logo is displayed at the company's booth on the floor of the New York Stock Exchange. Bloomberg/Scott Eells

If Treasury yields rise, technology stocks are likely to be able to maintain their valuations while some consumer stocks may struggle, according to Goldman Sachs Group Inc.

“Price/earnings multiples in sectors with strong secular growth, such as Info Tech, show little correlation with 10-year U.S. Treasury yields since 2011; their valuations can move higher in low-rate environments (because of their long duration) or high-rate environments (because of their high near-term growth expectations),” strategists led by Ryan Hammond wrote in a note June 29.

Goldman sees net upside risk to S&P 500 multiples and prices if monetary policy remains loose and growth expectations improve, which it envisions as the most likely scenario. 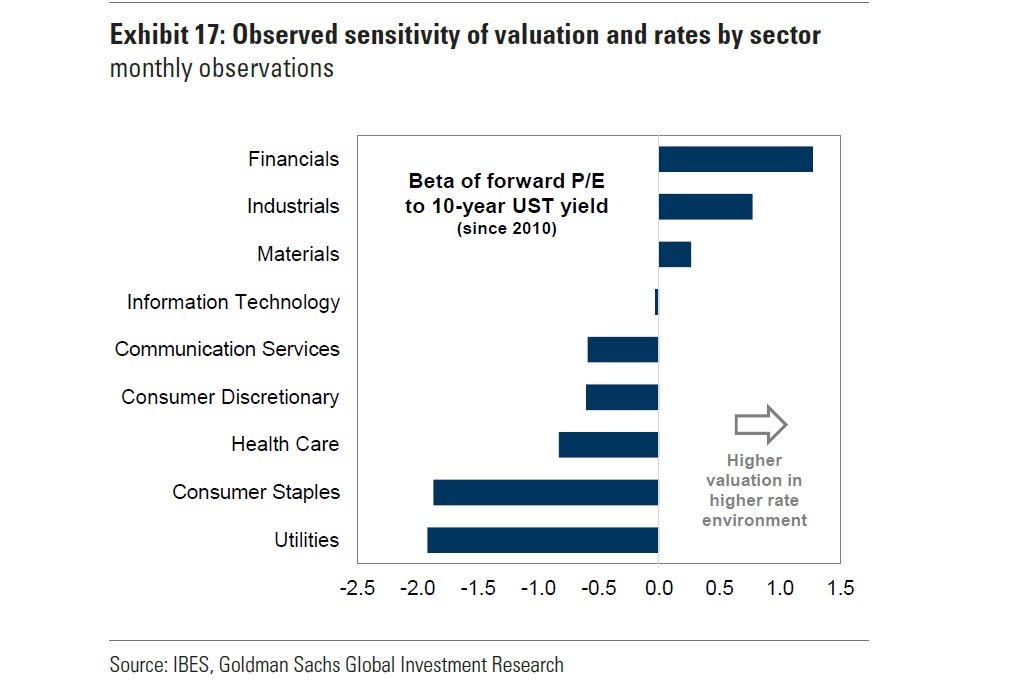 Goldman also looked at U.S. stocks’ valuations based on factors including their equity duration, near-term growth expectations and margins.

Those trading at the biggest discounts to their modeled valuation include Bristol-Myers Squibb Co., Cigna Corp. and Western Digital Corp., they said. Those trading richest versus the models included Expedia Group Inc., Abiomed Corp. and Netflix Inc., they said.