The Goldman Sachs Group Inc. logo is displayed in the reception area of the One Raffles Link building, which houses one of the Goldman Sachs (Singapore) Pte offices, in Singapore. , Photographer: Nicky Loh/Bloomberg

Anyone counting on the weak U.S. dollar to liven up the merger-and-acquisition space may need to reconsider.

The greenback has sunk in recent weeks to around its lowest levels since September 2018 amid zero rates from the Federal Reserve, substantial monetary and fiscal stimulus programs and the U.S.’s struggle with COVID-19.

“Dollar depreciation generally coincides with declining cross-border M&A activity, and vice versa,” Goldman Sachs Group Inc. strategists led by Lotfi Karoui wrote in a note on Wednesday. “While the correlation is only modestly positive, it is somewhat counterintuitive.”

Investors often believe a weaker dollar will stoke M&A activity as American companies look cheaper to potential foreign buyers, the strategists said. But their analysis of U.S.-Europe deals shows the opposite is true. The reason: a strong dollar typically reflects robust growth in the U.S. relative to Europe, which in turn fuels interest from strategic buyers. 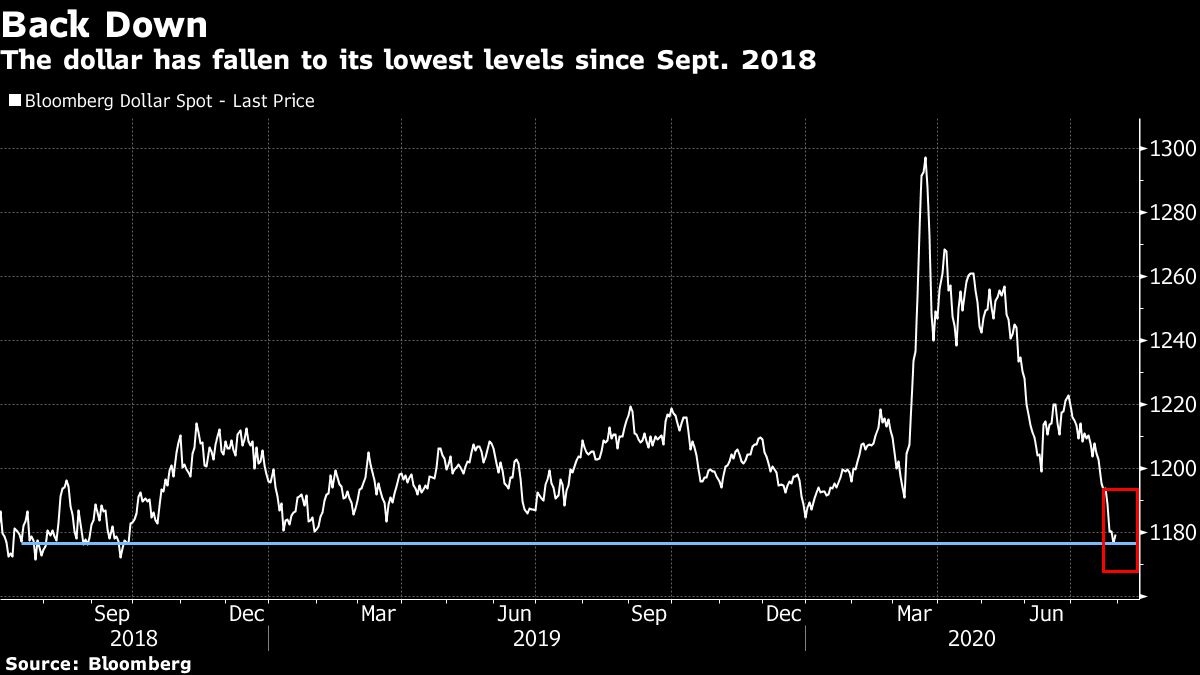 Other conclusions in Goldman’s report: