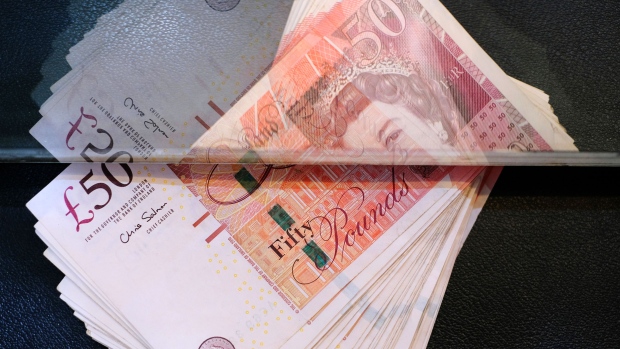 A pile of 50 British pound sterling banknotes sit under a service counter window in this arranged photograph at a currency exchange store in Brussels, Belgium, on Wednesday, Jan. 16, 2019. There is not an awful lot to say today because we dont know what our British friends are going to do after the vote in Parliament yesterday, Margaritis Schinas, spokesman for the European Commission, told reporters in Brussels. , Photographer: Bloomberg/Bloomberg

Instead of a prolonged stalemate or a chaotic no-deal scenario, Pandl said a soft Brexit approach, which may include a permanent customs union packaged with a second referendum, could come within the next day or two.

“Sterling is maybe the biggest opportunity among developed market exchange rates today,” Pandl said. The pound was at US$1.3066 as of 9:49 a.m. in Hong Kong, at the weaker end of its recent range. 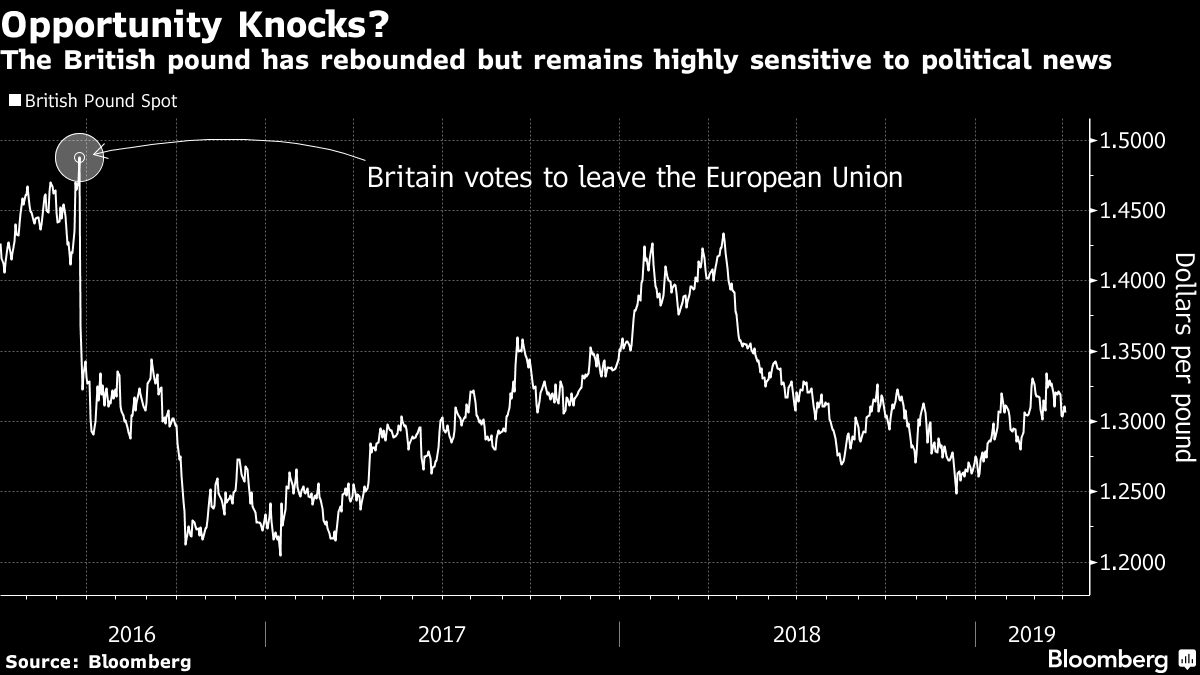 Parliament rejected a proposal to stay in the EU’s trading arrangement , known as the customs union, by just three votes. It could potentially be voted on again Wednesday.

Separately, Goldman has closed its short recommendation on the U.S. dollar against the Japanese yen, Pandl said.

“We think we’ve seen enough data to indicate that the global industrial cycle at least on the margin is picking up,” Pandl said. “It’s a little bit too risky to be betting on yen appreciation over the short run.”

--With assistance from Haidi Lun.