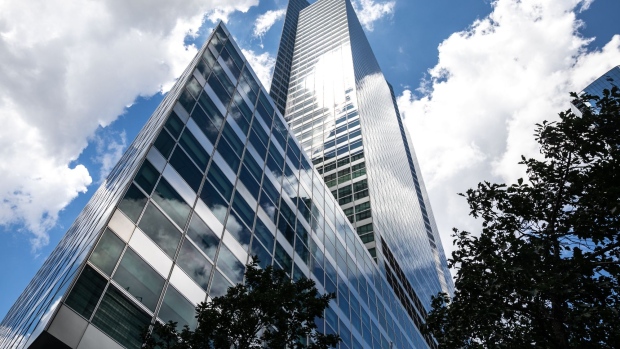 Goldman Sachs Group Inc. sent some traders home from its Manhattan headquarters after at least one employee tested positive for COVID-19, according to people with knowledge of the matter.

The quarantine was imposed on a select group directly exposed to the infected worker at the firm’s downtown New York office, the people said, asking not to be identified because the information isn’t public. The bank is moving forward with plans to start bringing back staffers across most divisions, telling some of them to prepare for week-in, week-out rotational shifts starting in October, the people said.

“Our people’s safety is our first priority, and we are taking appropriate precautions to make sure our workplaces remain safe for those who choose to return,” Leslie Shribman, a spokeswoman for Goldman Sachs, said in a statement Thursday.

Banks including JPMorgan Chase & Co. and Barclays Plc have faced similar setbacks, highlighting the challenges banks will face in refilling offices. Even as Wall Street firms have seen revenue rise with most staff working from home, executives have expressed concerns about productivity and the erosion of company culture six months after their main towers emptied out.

Goldman hasn’t seen any transmission of cases within its offices, according to a person monitoring the situation.

Earlier this week, Goldman Sachs Chief Executive Officer David Solomon pressed the bank’s traders on the importance of bringing people back to work, citing the damage to culture if things didn’t return to normal soon, the people said. The bank has taken a more relaxed approach with those facing child-care issues or pre-existing medical conditions.

Adding to the dilemma facing company decision makers, JPMorgan’s move last week to mandate that its senior traders return by Sept. 21 became politicized after drawing the attention of Donald Trump. The president inaccurately congratulated the bank for ordering everyone back.

Goldman has also revised its method of sharing information about new infections, choosing a different approach this time around compared to the initial outbreak earlier in the year. Broadly shared messages have been ditched for a more selective follow-up from the human resources department, communicated only to those who have been in close proximity to anyone who tested positive, the people said.