Trading posted a surprise 4 per cent revenue increase, crushing the 23 per cent drop that was expected. The biggest lift came from the fixed-income business, which jumped 21 per cent, Goldman said in a statement Thursday. That was the best performance since at least 2018, but a miss for the investment-banking operation tempered the positive results.

The trading beat mirrored results at Citigroup Inc., Morgan Stanley and JPMorgan Chase & Co., which all exceeded expectations for first-quarter revenue from buying and selling securities. Investors have been predicting a moderation for Wall Street’s key money-making engines, and the war in Ukraine accelerated the slowdown for the industry’s investment-banking units.

“It was a turbulent quarter dominated by the devastating invasion of Ukraine,” Chief Executive Office David Solomon said in the statement. 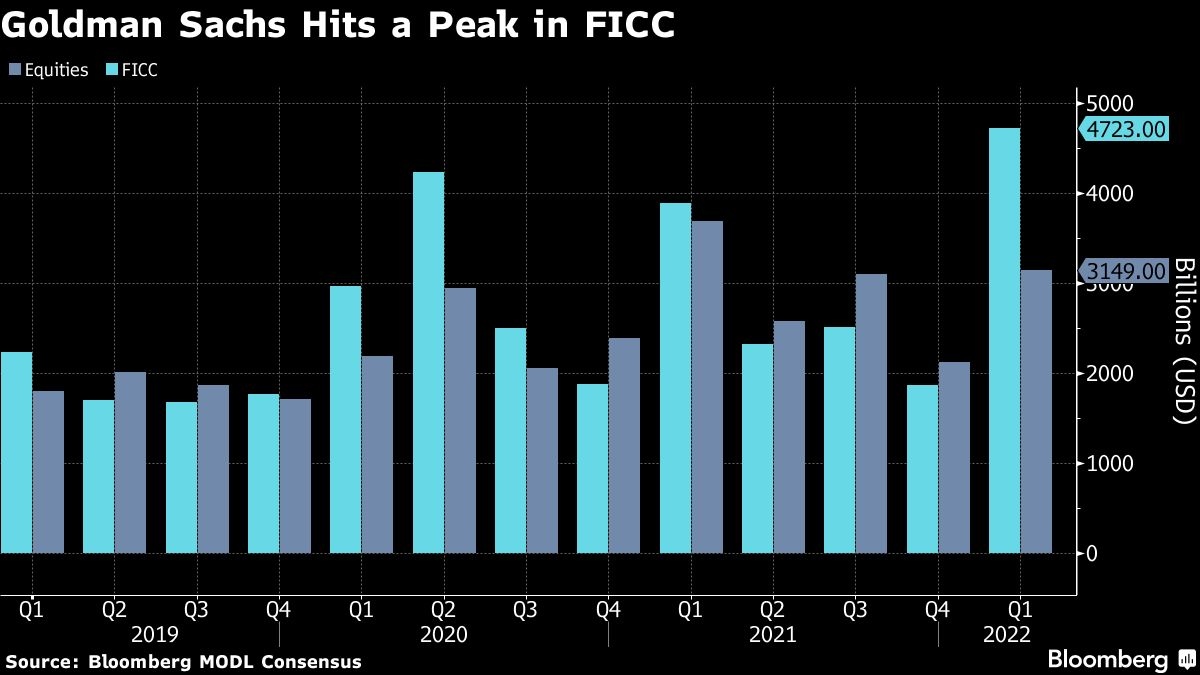 Goldman shares, which through Wednesday had dropped about 24 per cent since setting an all-time high in November, climbed 3.1 per cent to US$332.09 at 9:31 a.m. in New York.

Investment-banking revenue of US$2.13 billion fell below the average estimate of US$2.28 billion. That was driven by a slump in the firm’s underwriting business. The merger-advisory operation posted revenue of US$1.13 billion.

Goldman’s asset-management business, which includes its alternatives-investing platform, turned in revenue of US$546 million, less than half of what analysts forecast. The unit tends to post volatile results because its own balance-sheet investments drive performance. The firm has pledged to cut down principal investments and focus on raising outside capital.

Goldman said in March it would exit its Russia operations and close out contracts in the markets. The New York-based bank didn’t provide more detail on the timeline for its withdrawal.

Last week, an influential shareholder-advisory firm recommended Goldman investors vote against special bonus grants the bank handed out to Solomon and President John Waldron. Such proposals are non-binding, but the vote will be seen as a forum to gauge support for management. Pay proposals in most years garner backing from more than 90 per cent of shareholders.