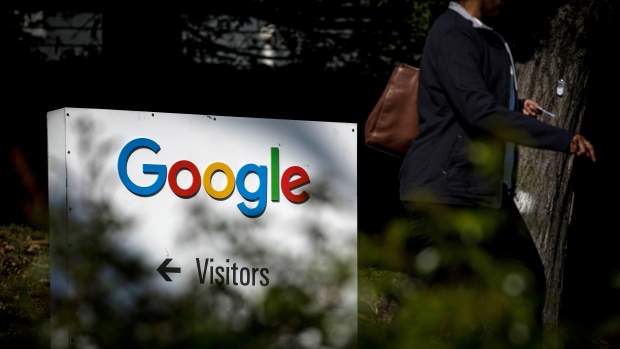 A pedestrian walks past signage at Google Inc. headquarters in Mountain View, California, U.S., on Wednesday, April 25, 2018. Alphabet Inc. is pushing efforts to roll back the most comprehensive biometric privacy law in the U.S., even as the company and its peers face heightened scrutiny after the unauthorized sharing of data at Facebook Inc. , Bloomberg

Alphabet Inc.’s Google was sued by a company that claims it was driven out of the digital advertising market by the search giant’s anti-competitive behavior, which is already under scrutiny by state and federal officials.

Advertising technology company Inform Inc. alleges that Google has used its monopoly power in internet search and mobile operating systems to undermine competition in the ad market. Inform claims that while it posted revenue of more than $100 million from 2014 to 2016 from its online ad services, Google’s conduct “effectively put Inform out of business,” according to the complaint filed Monday in federal court in Atlanta.

“The totality of Google’s illegal and anti-competitive conduct across multiple, inter-related markets demonstrates a frightening march to online and digital dominance,” the company said in the suit.

The lawsuit comes on the heels of antitrust investigations into Google by state attorneys general, the Justice Department and Congress. Google’s control over the technology that delivers ads across the web are a focus of all the probes.

Inform, based in Atlanta, says it competes with Google in online video advertising by providing services to publishers and advertisers. The company agreed to a sale to Bright Mountain Media Inc. earlier this year.