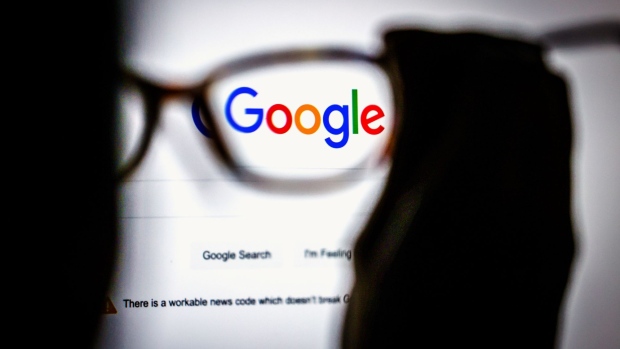 A link to Google's proposal to a workable news code on the company's homepage, arranged on a desktop computer in Sydney, Australia, on Friday, Jan. 22, 2021. Google threatened to disable its search engine in Australia if it’s forced to pay local publishers for news, a dramatic escalation of a months-long standoff with the government. Photographer: David Gray/Bloomberg , Bloomberg

(Bloomberg) -- Alphabet Inc.’s Google asked a federal judge to order Microsoft Corp. to hand over internal documents that Google says it needs to defend itself against the Justice Department’s monopoly lawsuit, according to court filings.