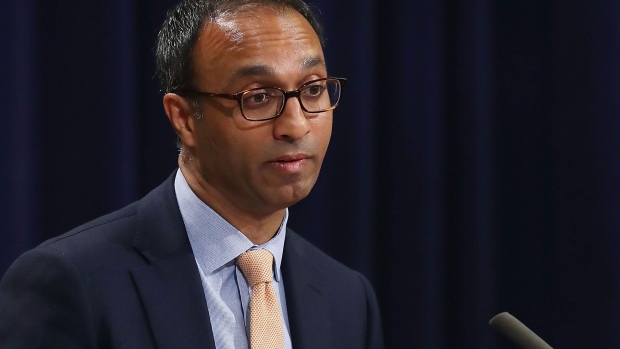 (Bloomberg) -- The federal judge overseeing the U.S. Justice Department’s antitrust case against Google said he will sell his shares of mutual funds that hold stock in the company to avoid the appearance of any conflict in the case.

U.S. District Judge Amit Mehta in Washington disclosed in a court filing Friday that he recently learned from his financial adviser that mutual funds owned by him and his wife hold two classes of stock in Google parent Alphabet Inc. The purchases were made between April 2020 and this month, he said.

“To avoid any appearance of partiality or a financial interest in the outcome of this matter, I have directed our financial advisor to immediately sell all mutual funds that hold Alphabet stock and to monitor all future purchases of mutual or common investment funds during the pendency of this case to ensure that none contain Alphabet stock,” the judge said.

Mehta said in the filing that he didn’t think he needed to recuse himself from the case since the code of conduct for federal judges says ownership of a mutual fund isn’t considered a “financial interest” in the underlying securities held by the fund.

The judge said he and his wife didn’t know at the time that the funds were recommended to them that they contained Alphabet stock. He didn’t disclose the value of the holdings. The funds also own Amazon.com Inc., Apple Inc., Comcast Corp. and Microsoft Corp., he said.

The Justice Department and a group of states sued Google in October, alleging the company abused its monopoly position in online search.