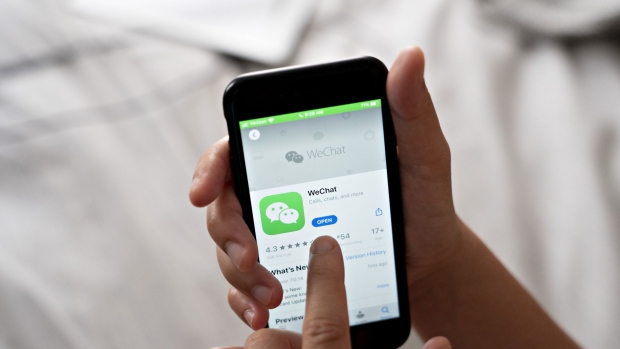 (Bloomberg) -- Tencent Holdings Ltd. has opened up content on its enclosed WeChat ecosystem to some search engines, taking another step to heed Beijing’s call for a more open internet.

As of Friday, social media articles from the WeChat super-app could be found using Google, which is blocked in mainland China, and Microsoft Corp.’s Bing, though they’re still unavailable on the country’s search leader Baidu Inc. Articles on WeChat had previously only been discoverable through the app’s native search function or on smaller engine Sogou, controlled by Tencent.

The regulators’ deliberations currently center on WeChat’s public accounts, which let individuals and businesses publish articles on everything from films to football and foreign policy. That massive content library is blocked from search engines operated by the likes of Baidu and ByteDance.

Beijing has declared war on the so-called walled gardens of China’s internet, part of a campaign to reign in big tech. It accuses a handful of companies of unreasonably blocking rivals to protect their respective spheres: Tencent in social media via WeChat, Alibaba Group Holding Ltd. in e-commerce with Taobao and Tmall and, more recently, ByteDance in video and news via Douyin and Toutiao.

The country’s online giants have taken steps to lower some of those barriers. In September, Tencent allowed WeChat users to link to external services from rivals such as Alibaba, and the e-commerce giant later that month added WeChat’s payment system to some of its apps.