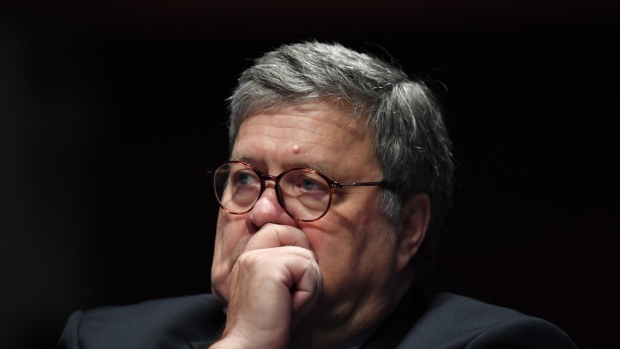 On Tuesday, President Donald Trump’s Justice Department filed a landmark lawsuit against Alphabet Inc.’s Google. It could roil Silicon Valley, lead to years of bitter court battles, and upend the business model of one of the country’s most successful companies. Yet the rationale for embarking on this project is far from clear.

From the start, the government’s public explanations have varied widely. Attorney General William Barr said in June that he was concerned about the suppression of conservative viewpoints online. Other officials have mused about biased search-engine results or dominant advertising technology. Trump himself justified the probe because tech companies “discriminate against me.”

In the end, the government focused its case on the agreements that Google has signed with phone makers and wireless carriers to promote its search business. On the face of it, the case is questionable: All the relevant agreements were the result of competitive bidding, users face only the slightest of hurdles if they wish to switch to other services, and even the world’s most ardent Bing enthusiasts must admit that Google has made a great product with immense consumer benefits.

Barr hasn’t helped his case by repeatedly wielding competition policy to advance Trump’s political interests. According to whistleblower testimony, he has previously encouraged antitrust prosecutors to harass companies that have displeased the president or impeded his goals. Most of the attorneys involved in the Google case reportedly objected to the expedited timeline that Barr imposed on it, which seemed mostly concerned to help Trump in next month’s election.

In short, even if the department is eventually able to prove that Google has harmed consumers, its erratic and partisan approach will have done lasting harm.

Yet recent hostility to big technology firms is not confined to the current administration. Earlier this month, the majority staff of a House subcommittee released a 449-page report that took a similarly expansive view of big tech’s depredations and proposed antitrust enforcement as the appropriate remedy. In addition to alleging anti-competitive conduct, it accused the big four companies of committing or accommodating many other misdeeds — disinformation, privacy violations, hate speech, technology addiction, political influence, impertinent emails — and concluded that these too reveal a systemic weakness in current antitrust policy.

The problem is that these are not mainly competition issues, and competition law is the wrong instrument for addressing them. Re-engineering it for that purpose is a recipe for the kind of incoherent and politicized antitrust doctrine that prevailed in the U.S. for decades before courts adopted the relatively clear and narrow standard of avoiding harm to consumers.

Untroubled by such doubts, the report contemplated radical change. It wondered whether the firms should, in effect, be broken up. It entertained the idea of “overriding” no fewer than six Supreme Court rulings. It proposed that all acquisitions by dominant firms be “presumed anticompetitive,” thereby undermining due process and empowering regulators over the courts. It suggested Congress consider amending or shredding decades worth of law and precedent, and aimed to enable an explosion of litigation.

Before the war on big tech goes any further, it’s worth remembering that these companies have given the U.S. and the world innumerable products and tools and services that would’ve been unimaginable even two decades ago. They’ve been a boon to small businesses, a huge benefit to consumers and an engine for the American economy. Not least, they’ve made the past seven months of COVID-19 restrictions bearable. There isn’t a government in the world that wouldn’t have given anything to see one of these firms, let alone all four, start up and succeed within its jurisdiction.

Concerns about the market power or political influence that these companies wield certainly shouldn’t be dismissed. But reformers need to be mindful of what’s at stake, and in less of a hurry to extend antitrust enforcement beyond its proper scope. For the past 50 years, U.S. antitrust doctrine has successfully protected both consumers and competition, thereby advancing innovation and economic growth. America’s success in technology is itself a proof of this approach. It shouldn’t be discarded lightly.