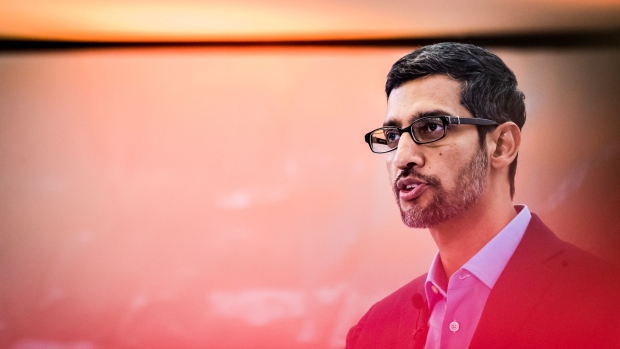 (Bloomberg) -- Sundar Pichai, chief executive officer of Google and its parent Alphabet Inc., personally approved what state attorneys general say was an illegal agreement with Facebook to manipulate the digital advertising market, according to a new court filing by the states.

Details of the CEO’s alleged signoff on the pact were revealed Friday in an amended antitrust complaint against Google filed by a coalition of states led by Texas Attorney General Ken Paxton. The case, first filed in December 2020, accuses the company of abusing its power over the vast digital ecosystem where online ads are bought and sold.

At the center of the complaint is the 2018 agreement between Google and Facebook, which Google code-named Jedi Blue. The agreement was intended to “kill” an advertising tool that was gaining popularity with publishers and that Facebook supported, according to the states.

Google saw Facebook’s role as a competitive threat to its lucrative advertising business, the states allege. To get Facebook to abandon the alternative tool favored by publishers, it agreed to give the social media company advantages in online ad auctions routed through Google’s own technology, the states claim.

According to the new court filing, Pichai personally signed off on terms of the agreement, as did Sheryl Sandberg, the chief operating officer of Facebook parent Meta Platforms Inc.

Sandberg had described the agreement with Google as “a big deal strategically” in an email thread that included Meta CEO Mark Zuckerberg, according to the complaint, which claims Meta executives told Zuckerberg they needed his approval to move forward with the deal.

Google said in a statement that its advertising business operates in a highly competitive market.

Meta, which isn’t a defendant in the states’ lawsuit, said in a statement that the agreement with Google increased competition for ad placements, benefiting publishers and advertisers.