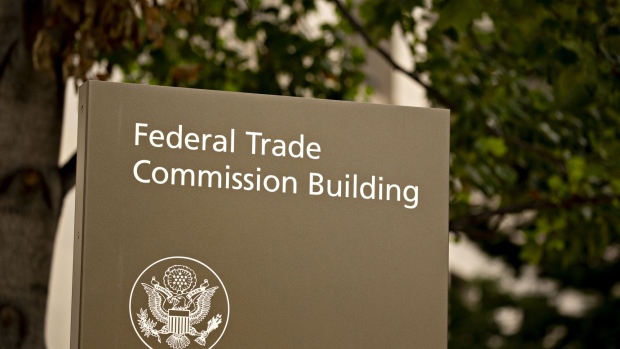 A top Democratic lawmaker wants to empower the U.S. Federal Trade Commission to take action against Alphabet Inc.’s Google and Facebook Inc., among other technology platforms, if they fail to remove content that violates their terms of service and community standards.

Democratic Representative Jan Schakowsky of Illinois, who chairs a subcommittee on consumer protection, told Bloomberg in an interview that she plans to introduce a bill in the coming days that would clarify that if technology companies fail to fulfill the “assurances” made to users in terms and conditions, community standards, advertising rules and content moderation policies, they could face enforcement from the FTC.

The initiative falls into a flurry of measures that aim to limit a much-cherished liability shield for user content under Section 230 of the Communications Decency Act. Many of the initiatives are coming from Republicans, including President Donald Trump, as a way to address their claims that social media sites silence conservative voices.

“Irrespective of what Trump is saying, we’re going to move ahead in a bipartisan way to do what we need to do to protect consumers,” Schakowsky said.

The FTC already polices businesses under its authority to enforce against “unfair or deceptive acts or practices.” Schakowsky’s bill would clarify that Section 230 can’t be used as a defense in those cases.

The idea behind the bill would be to treat Facebook’s failure to block a post advocating, say, white supremacy or Google’s inability to stop an ad for medical masks, both of which are banned, the same way the FTC treats broken promises by companies to deliver cures or cybersecurity protection. The agency can seek injunctions, consent decrees and fines for repeat offenders.

Facebook and Instagram have also taken action to ban white-nationalist content on their social-media platforms as well, while Google bans counterfeit goods and dangerous products and says that it protects advertisers “from invalid activity and advertising fraud.”

Schakowsky’s concern, which some of her GOP colleagues share, is that technology companies will try to duck any FTC enforcement of their content-moderation policies by invoking Section 230. The provision exempts them from liability for third-party posts, but has been interpreted by courts to free companies from much scrutiny over what content they leave up or take down.

“Bottom line, we want to clarify that there is no doubt that 230 is not going to be the escape hatch,” Schakowsky said.

By example, Schakowsky pointed to an effort by Airbnb Inc. to escape local regulation of short-term rental listing by invoking the provision, though a federal court rebuffed the effort.

An FTC spokesperson didn’t comment on the bill, but said the agency “is committed to robust enforcement of consumer protection and competition laws, including with respect to social media platforms, and consistent with our jurisdictional authority and constitutional limitations.”

While the companies have stepped up enforcement in recent years, Schakowsky said that the bill is necessary because of the spread of election misinformation targeting Black voters, scams involving stimulus checks and other content that proliferates despite being banned.

Schakowsky’s effort follows a bill from five Republican senators led by tech critic Josh Hawley of Missouri that would expose the platforms to customer lawsuits if they engage in “intentionally selective enforcement” of their terms and standards.

And a sweeping proposal by Trump’s Justice Department would clarify that Section 230 doesn’t stop federal civil enforcement. Trump’s May executive order also aimed to expose companies to FTC enforcement, as well as to user lawsuits if the platforms “use their power over a vital means of communication to engage in deceptive or pretextual actions stifling free and open debate by censoring certain viewpoints.”

Schakowsky agreed with criticism of the White House order, which came after Twitter Inc. slapped a fact-check on one of Trump’s tweets, as an assault on the platform’s constitutional right. Her bill would focus more narrowly on FTC enforcement, rather than exposing companies to potentially thousands of user lawsuits.

While many tech critics have urged companies to more strongly enforce their terms of service, ad policies, community standards and other documents, some have suggested that the companies might scale those back to avoid making promises they can’t deliver and that could draw FTC scrutiny.

Others suggest that the company statements don’t represent promises at all and are merely rules that users must follow.

“Proving deception from community standards language is probably pretty difficult because it’s couched in best efforts rather than a promise,” said Neil Chilson, a former FTC official who defends Section 230.

Schakowsky said that FTC officials have told her they welcome her attempt to clarify the agency’s authority in an area that remains little-tested. “We need to empower them,” she said.