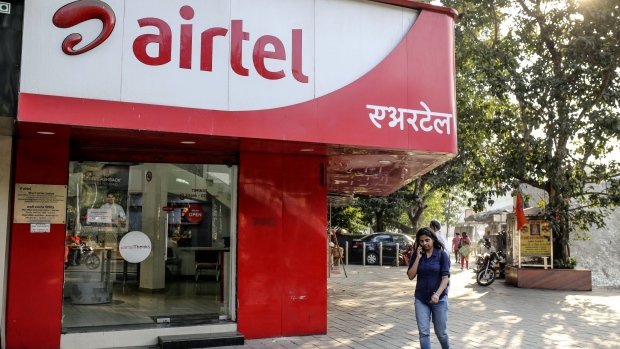 A pedestrian using a mobile phone walks past a Bharti Airtel Ltd. store in Mumbai, India, on Sunday, Jan. 19, 2020. Telecom companies including Bharti and Vodafone Idea Ltd. have sought more time from India's top court to pay $13 billion in past dues as they plan to negotiate with the government, people with knowledge of the matter said. , Bloomberg

(Bloomberg) -- Google will invest $700 million in India’s No. 2 mobile-phone operator, deepening its push into in the world’s second-largest wireless market.

Alphabet Inc., that owns the Google search engine, will acquire a 1.28% stake in Bharti Airtel Ltd. at 734 rupees ($9.8) per share, according to an exchange filing from Bharti Friday. An additional $300 million will be toward multi-year agreements, it said.

Asia’s third-largest economy and its almost 1.4 billion population presents an attractive opportunity for the technology giant, whose Android software competes with Apple Inc. for global operating system dominance. The country is a key growth market for Google’s search and advertising businesses as well as for others such as Facebook Inc., Amazon.com Inc. and Netflix Inc. as the only billion-people-plus country that’s still open to foreign firms. Google had previously invested in billionaire Mukesh Ambani’s digital unit.