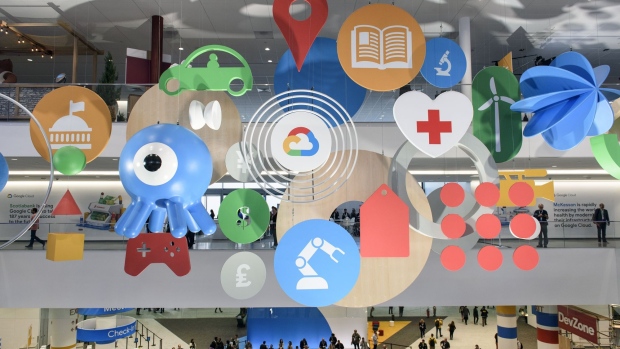 Attendees enter the Google Cloud Next '19 conference in San Francisco, California, U.S., on Tuesday, April 9, 2019. The conference brings together industry experts to discuss the future of cloud computing. , Bloomberg

U.S. antitrust enforcers have started an in-depth review of Google’s US$2.6 billion planned acquisition of a data analytics company, a further sign of greater scrutiny on big technology companies, according to people familiar with the situation.

The antitrust division of the Justice Department is seeking more information from Google and Looker Data Sciences Inc. related to the deal to determine whether the tie-up harms competition, said one of the people, who asked not to be named discussing private matters.

Alphabet Inc.’s Google announced June 6 it planned to buy Looker for its cloud unit, which lags far behind Amazon.com Inc. and Microsoft Corp. with just 4 per cent of the cloud-computing infrastructure market as of 2018, according to the most-recent figures from analyst Gartner Inc.

The deal was expected to receive added regulatory scrutiny. The in-depth Justice Department review, known as a “second request,” comes as antitrust authorities start historic probes of Google and other large tech companies. One issue for enforcers is whether tech giants have used acquisitions of smaller firms to thwart rivals and cement their dominance. The U.S. Federal Trade Commission, which also enforces antitrust laws, is investigating whether Facebook Inc.’s purchases of Instagram and WhatsApp were anti-competitive.

Representatives from Google, Looker and the Justice Department declined to comment.

The Justice Department and a coalition of attorneys general made up of most U.S. states in the country have opened antitrust cases against Google. Those probes are mostly focused on the company’s dominant search and advertising businesses.

Looker, closely held and based in Santa Cruz, California, provides tools that lets companies analyze their data stored in the cloud, a service that competes with offerings from Amazon and Microsoft. When Google announced the deal, its cloud chief, Thomas Kurian, said the company would continue to let Looker customers use other cloud providers. Google doesn’t share cloud sales.

Google once spent lavishly on companies, dropping billions on device makers Motorola and Nest, as well as experimental tech like satellites and robots. More recently, the company’s acquisitions have mostly been relatively small deals in the cloud sector.

It’s common for antitrust authorities to open in-depth investigations for sizable mergers, but more recently have faced criticism for allowing large tech companies to buy startups as a way to gain footholds in new markets. That charge has been aimed at Google after its takeovers of Waze, DoubleClick and YouTube. The Justice Department in July announced a broad antitrust review of the big internet platforms in search, social media and online retail.