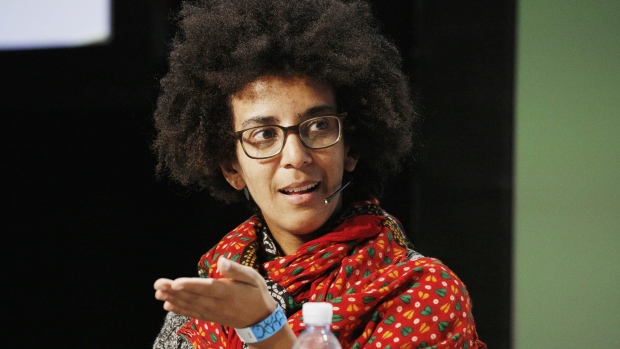 (Bloomberg) -- Timnit Gebru, a co-leader of the Ethical Artificial Intelligence team at Google, said she was fired for sending an email that management deemed “inconsistent with the expectations of a Google manager,” according to a series of Twitter posts late Wednesday night.

The contents of the email she sent to colleagues at Google Brain Women and Allies, an email group for company researchers, that she said led to her firing, are unknown. Gebru said in one of her tweets that she couldn’t share the original email that she believed got her fired because she was locked out of her corporate account. She suggested the dispute arose from a disagreement over a research paper but didn’t disclose details.

Gebru, an alumni of the Stanford Artificial Intelligence Laboratory, is one of the leading voices in the ethical use of artificial intelligence. She is well-known for her work on a landmark study in 2018 that showed how facial recognition software misidentified dark-skinned women as much as 35% of the time, whereas the technology worked with near precision on white men.

She’s also been an outspoken critic of the lack of diversity and unequal treatment of Black workers at tech companies, particularly at Alphabet Inc.’s Google, and said she believed her dismissal was meant to send a message to the rest of Google’s employees not to speak up.

In the tweets, Gebru suggested that she had made specific demands to Google and said she would resign if the company couldn’t meet them. Google said it could not agree to all of her terms and that her termination was effective immediately, according to her tweets.

Google, along with other U.S. tech giants including Amazon.com Inc. and Facebook Inc. have been under fire from the government for claims of bias and discrimination and have been questioned about their practices at several committee hearings in Washington.

A year ago, Google fired four employees for what it said were violations of its data-security policies in what was already an escalating tension between management and activist workers at a company once revered for its open corporate culture. Gebru took to Twitter at the time to support those who lost their jobs.

For the web search giant, Gebru’s alleged termination comes as the company faces a complaint from the National Labor Relations Board, NLRB, for unlawful surveillance, interrogation or suspension of workers.

Earlier this week Gebru inquired on Twitter whether anyone was working on regulation to protect ethical AI researchers, similar to whistle-blower protections. “With the amount of censorship and intimidation that goes on towards people in specific groups, how does anyone trust any real research in this area can take place?” she wrote on Twitter.

Gebru was a rare voice of public criticism from inside the company. In August, Gebru told Bloomberg News that Black Google employees who speak out are criticized even as the company holds them up as examples of its commitment to diversity. She recounted how co-workers and managers tried to police her tone, make excuses for harassing or racist behavior, or ignore her concerns.

When Google was considering having Gebru manage another employee, she said in an August interview, her outspokenness on diversity issues was held against her, and concerns were raised about whether she could manage others if she was so unhappy. “People don’t know the extent of the issues that exist because you can’t talk about them, and the moment you do, you’re the problem,” she said at the time.