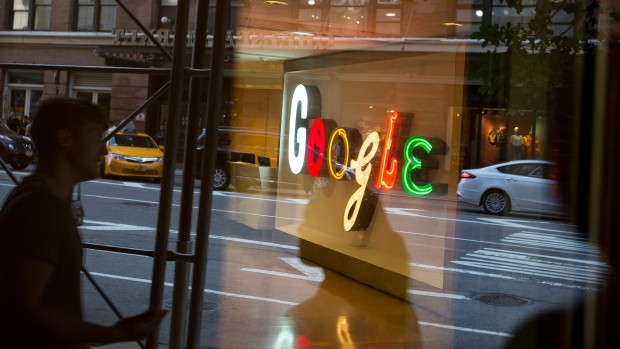 Pedestrians are reflected in a window looking into a lobby of the Google Inc. offices in New York. , Photographer: Michael Nagle/Bloomberg

In search ads, where the Alphabet Inc. (GOOGL.O) unit makes most of its profit, more than 90 per cent of the value is in the search itself “because it provides such a strong signal," Kent Walker told journalists in Munich during the unveiling of a security center in the German city.

Another 5 per cent comes from people’s location and the rest from other information, he said, without elaborating.

The company has been rolling out new privacy features in the wake of a global crackdown on how the world’s largest technology companies collect and use personal information to make money.

Google dominates online advertising, with about US$116 billion in ad sales last year. Walker’s comments came on the same day the company unveiled a slew of new ad formats.