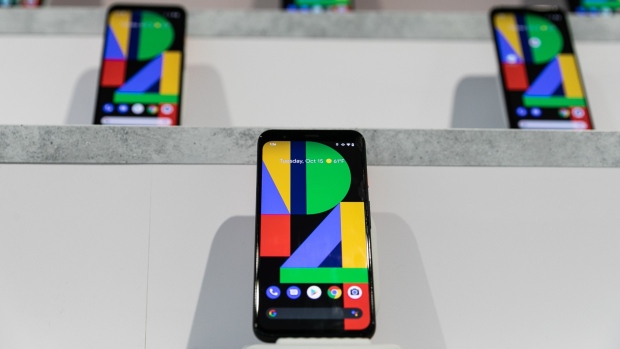 Pixel 4 smartphones are displayed during the Made by Google event in New York, Oct. 15, 2019. Bloomberg/Jeenah Moon

Google has partnered with Citigroup Inc. and a local California credit union to offer consumer checking accounts, a person familiar with the matter said.

The product will launch in 2020 with Citigroup handling most of the financial and compliance requirements, the person said, asking not to be identified because the project hasn’t been announced publicly. Customers can access their accounts through the company’s Google Pay app, the person said.

The move is the latest by Silicon Valley tech companies muscling in on financial firms’ territory, looking to expand their hold on customers and accumulate data on their finances. The nightmare for the finance industry is that tech giants replicate the success of Alipay and WeChat in China, where money flows through digital systems without the need for banks at all.

To fight off the threat, Wall Street is striking deals to keep a firm hold on their customers. Apple Inc. paired with Goldman Sachs Group Inc. this year to offer a credit card that extended US$10 billion in loans as of Sept. 30. JPMorgan Chase & Co. is developing an e-wallet that would give companies such as Airbnb and Amazon.com Inc. the ability to provide clients with virtual bank accounts.

Facebook Inc. launched a cryptocurrency project dubbed Libra that drew critics in Congress who said the social media company’s track record on privacy and other matter disqualifies it from moving into financial services.

A representative for Alphabet Inc.’s Google didn’t immediately respond to a request for comment, and Citigroup declined to comment.