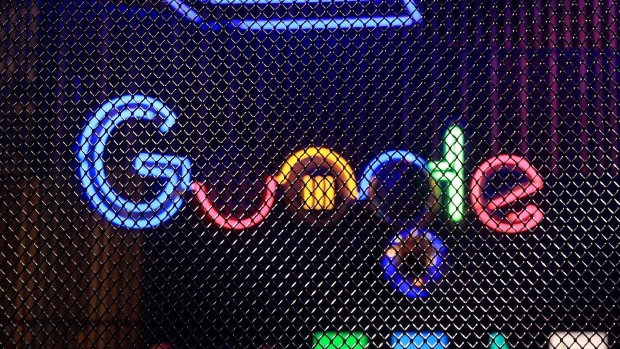 (Bloomberg) -- Tuesday Carne had only worked inside a Google data center for nine days before she was allegedly fired for being “ungoogley.”

Now the temp worker is at the center of a new complaint with the National Labor Relations Board against her employer, Modis, and Alphabet Inc.’s Google, marking another workplace dispute for the world’s third-biggest company by market value.

Carne, 29, worked to maintain the equipment at a Google site in South Carolina. Google fills many of these roles with contract firms such as Modis, a unit of Adecco Group AG.

In her second week on the job, Carne said she attended a regular meeting where managers discussed upcoming schedules. Employees who took holiday shifts were entitled to double pay, she was told, but only if they had worked there for at least six months beforehand. Carne, who was not aware of this policy, spoke up about it. “I basically said, ‘That’s bulls---,’” she recalled.

Later that evening, she received an email from a Modis manager that called her behavior in the meeting “unacceptable and ‘ungoogley,’” according to a copy of the message viewed by Bloomberg News. She was fired.

In the new complaint from AWU, the labor group said Carne was exercising legally protected speech during the November meeting.

AWU, an affiliate of the Communications Workers of America, has focused on the technology giant’s sprawling contract workforce. Those workers typically earn far less and have fewer benefits than direct Google staff. Carne said she was paid $16.50 an hour in the Modis role, along with a $200 bonus given during the pandemic, when data center employees were asked to come in regularly.

People like Carne are effectively Google’s essential workers, argued Rachael Sawyer, an AWU steward. “If anything were to happen to the data center, Google could not function at all,” she said.

In recent weeks, AWU got involved after the staffing agency threatened to pull bonuses for data center workers that met attendance requirements. Modis ended up keeping the payments.

“I just want my job back,” said Carne, who had recently moved from Michigan to take the role. “It felt like the winds were taken out of my sails.”

In 2020, the NLRB’s Republican majority at the time used a case involving General Motors Co. to establish a new precedent making it easier for companies to punish employees who say or do offensive things while they’re exercising their legal rights to protest working conditions. But the labor board’s Biden-appointed general counsel, Jennifer Abruzzo, has signaled she wants to pursue cases challenging that Trump-era precedent, and the Democrats -- who now have a majority on the NLRB -- could use a case like Carne’s to overturn it.

Google is facing an additional NLRB case on behalf of activist employees the company fired. On Tuesday, a judge ordered that Google had to turn over documents about efforts to squelch unionization efforts.