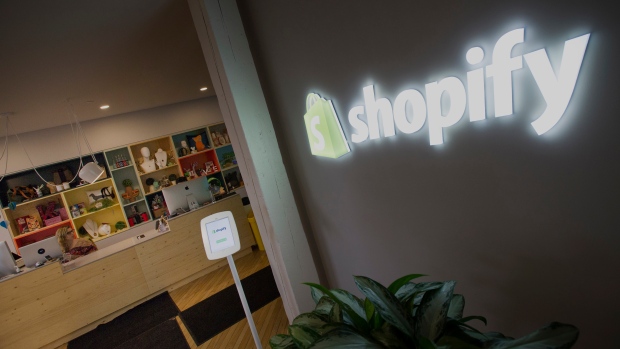 Shopify Inc. signage is seen at the entrance to the company's headquarters in Toronto. , Kevin Van Paassen/Bloomberg

The deal brings a new, fast-growing customer into Google’s fold as cloud chief Diane Greene tries to catch Microsoft Corp. and Amazon.com Inc. in the lucrative business of internet-based computing.

It’s also another case of a retail-related company choosing Google over Amazon’s cloud. Companies including Home Depot Inc. and Williams-Sonoma Inc. have shunned Amazon Web Services in favor of Microsoft and Google because the e-commerce giant is a rival.

Ottawa-based Shopify provides websites and tools to help smaller merchants sell online and compete with retailers like Amazon. The company has grown rapidly since its initial public offering in 2015, with its stock gaining more than 700 per cent.