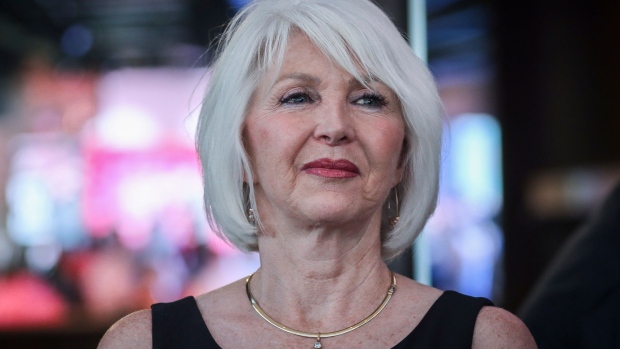 (Bloomberg) -- One of the most prominent election deniers in the US failed in her bid for the Republican nomination to run Colorado elections, as two candidates who have raised doubts about the 2020 election won Republican gubernatorial nominations in New York and Illinois.

Mesa County Clerk Tina Peters, who was indicted on charges of tampering with election equipment after an apparent effort to prove conspiracy theories about voter fraud, handily lost her bid for the Republican nomination for Colorado secretary of state.

So far, five election deniers have won GOP nominations for secretary of state, the officials who oversee elections: Wes Allen in Alabama, Kristina Karamo in Michigan, Kim Crockett in Minnesota, Jim Marchant in Nevada and Audrey Trujillo in New Mexico. In addition, Pennsylvania gubernatorial nominee and election denier Doug Mastriano would appoint the secretary of state if he wins in November.

Here are election deniers who won in key races on Tuesday:

His record: Shortly after the 2020 election, Bailey tweeted that he stood with Trump and would “prayerfully await” the outcome of his legal challenges, saying without evidence there had been “too much” voter fraud. In a Facebook video posted a month after the election, he called the idea that Trump should concede “appalling.”

What he’s said: “There has been entirely too much fraudulent activity.”

His record: As a member of the US House, Zeldin supported a Texas lawsuit asking the Supreme Court to intervene in the election and objected to the certification of electors for President Joe Biden from Arizona and Pennsylvania. He’s said he objects to the fact that some states changed election rules during the coronavirus pandemic without involving the state legislature.

What he’s said: “There are many elections still ahead for our country and what happened with the rules changes simply can’t keep continuing like this.”