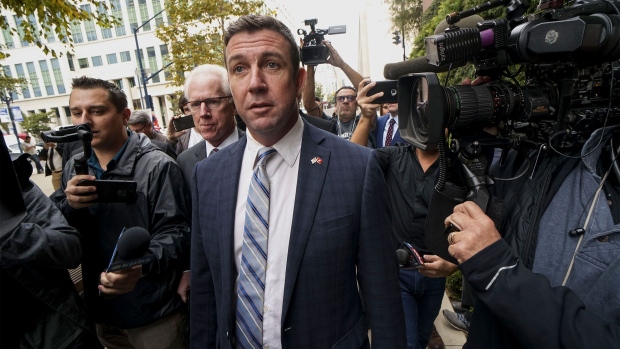 Hunter, 42, pleaded guilty in federal court to a single count of conspiracy three weeks before he was set to go to trial on charges that he and his wife dipped into almost $250,000 in campaign money for expenses ranging from family vacations to school tuition and dental work.

To contact the reporter on this story: Bill Callahan in San Diego at bcallahan18@bloomberg.net

To contact the editors responsible for this story: David Glovin at dglovin@bloomberg.net, Peter Blumberg