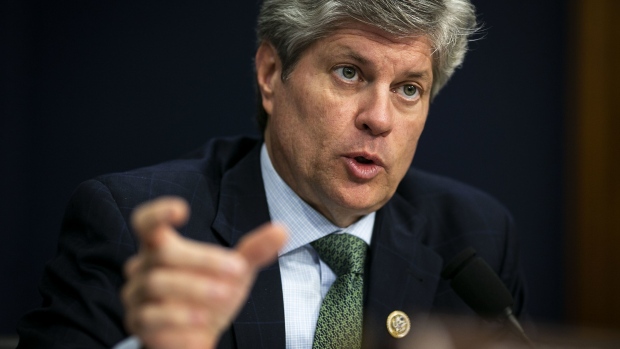 (Bloomberg) -- Republican Congressman Jeff Fortenberry of Nebraska was indicted in a U.S. investigation of a $30,000 campaign contribution he allegedly received from Lebanese-Nigerian billionaire Gilbert Chagoury.

The Chagoury Group co-founder figured into a previous controversy over whether Democrat Hillary Clinton’s bid for the White House in 2016 was tainted by the non-profit Clinton Foundation’s acceptance of foreign contributions while she was secretary of state in the Obama administration. It was revealed at the time that Chagoury had given between $1 million and $5 million to the Clinton Foundation.

Fortenberry, 60, who has served in Congress since 2005, is charged with lying to federal investigators who were looking into illegal contributions to his 2016 campaign, the U.S. Attorney’s Office in Los Angeles said Tuesday in a statement. Chagoury, a foreign national prohibited by federal law from contributing to any U.S. elections, arranged for $30,000 of his money to be passed through other individuals to Fortenberry’s campaign during a fundraiser held in Los Angeles, according to prosecutors.

Even before the Justice Department announcement, Fortenberry had alerted constituents and others that he was about to be charged in a YouTube video.

“This is wrong on so many levels,” Fortenberry said. “To be accused of this is extremely painful. And we are suffering greatly. We will fight these charges.”

Under GOP House rules, Fortenberry must step aside from the agriculture and appropriations committees while facing felony charges.

Chagoury entered into a deferred prosecution agreement with the U.S. Attorney’s Office in 2019. He admitted providing about $180,000 that was used to make illegal contributions to four different political candidates in U.S. elections, according to the statement. Chagoury also agreed to pay a $1.8 million fine and cooperate with federal authorities.