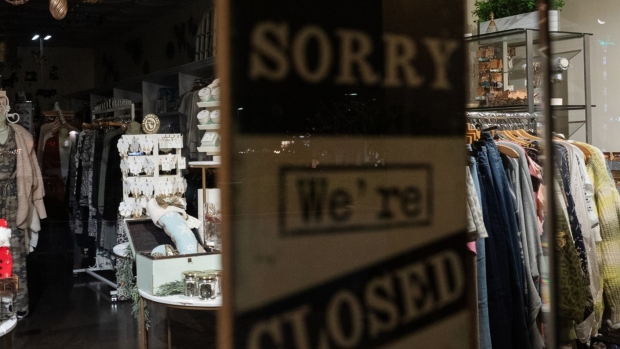 (Bloomberg) -- Two Republican senators proposed a minimum-wage hike that, while well short of what President Joe Biden is seeking in his Covid-19 relief package, is presented as an opening offer to Democrats should the aid bill end up excluding the increase.

The House is poised to vote on Biden’s $1.9 trillion pandemic-assistance package in coming days. While that bill includes the president’s plan to phase in a $15-per-hour minimum wage, two moderate Democratic senators oppose that component of the legislation -- making it impossible to pass in the Senate if all 50 Republicans stick together.

Biden has called for a separate minimum-wage bill if it’s stripped from the aid legislation that Democratic congressional leaders aim to pass by mid-March.

Republican Senators Mitt Romney of Utah and Tom Cotton of Arkansas released a proposal to boost the national minimum wage to $10 an hour. That’s well below the $15 favored by President Joe Biden, but is presented as an opening offer if Democrats are unable to push through Biden’s version in the Covid-19 relief bill.

The Senate parliamentarian is set to rule as soon as Tuesday whether the Biden increase can be done as part of the special legislative procedure Democrats are using. That budget-reconciliation process allows passage in the Senate with just 50 votes, bypassing a Republican filibuster, but has certain requirements.

A ruling against including the measure would likely leave the fate of the minimum wage up to bipartisan talks. Besides the parliamentarian hurdle, Democratic Senator Kyrsten Sinema of Arizona has opposed including the wage hike in the bill, while Democratic Senator Joe Manchin of West Virginia said he wants a phase-in of an $11 wage in two years, with indexing to inflation thereafter.

The Romney-Cotton bill is tied to stricter immigration controls, which likely make it a non-starter for most Democrats. It would require all employers to check the immigration status of employees and job applicants after 18 months. Currently federal workers and employers in some states are required to check status using the E-Verify computerized system. Some Democrats have argued that until long-term undocumented immigrants are given a path to citizenship, the E-verify system should not be mandatory.

“American workers today compete against millions of illegal immigrants for too few jobs with wages that are too low,” Cotton said. Romney said the bill would boost wages while “eliminating one of the key drivers of illegal immigration.”

Under the Romney-Cotton proposal, the $7.25 hourly federal minimum wage would rise to $10 per hour four years after the Covid-19 pandemic is declared over and the wage would be linked to the chained consumer price index inflation measure thereafter. Businesses with fewer than 20 employees would have a slower phase-in of six years, unlike the Democratic proposal.

The sponsors say the increase would affect 21 states that don’t currently have a minimum wage of $10 or above, though nine of those are slated to reach $10 before the bill would take effect.