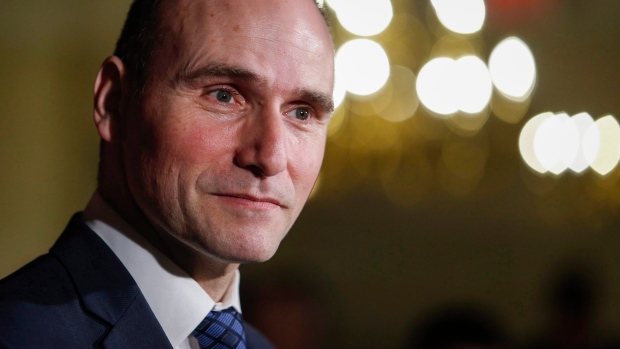 Despite a recommendation issued Monday from the Advisory Council on Economic Growth to boost eligibility for both OAS and the Canada Pension Plan, Jean-Yves Duclos said the Liberal government will not tack two years onto Canadians’ working lives.

“[I]f we were to increase the age of eligibility to 67 years old, we would effectively multiply by three the number of Canadian seniors that find themselves in very severe poverty. This we cannot do from a social perspective,” Duclos told BNN on Tuesday.

“We need to be intelligent, to be sensitive in combining the dual objectives of greater economic participation and greater income security for our seniors.”

Duclos emphasized that the decision would not put undue stress on the existing pension programs, based on government calculations.

“Let me reassure Canadians that our Canada Pension Plan and our old age security system are sound both now and in the foreseeable future,” Duclos told BNN. “The calculations made by the chief actuary of the Government of Canada are that both of the systems are sustainable over the next 50 years. So, we have two sound systems.”

“However, that doesn’t mean that they are perfect. So, we might want to adjust them to make sure there are no perverse disincentives for older workers to continue to participate in the labour force,” he added.

Stephen Harper’s Conservative government planned to gradually raise the OAS eligibility age in Canada from 65 to 67 as part of its 2012 federal budget. That plan was set to take effect in 2023.

Trudeau’s Liberals made overturning this policy a key part of the platform on which they won the 2015 Federal election.

''Reversing the previous government’s arbitrary decision to [raise] the OAS age of eligibility was a commitment we made with the middle class and the most vulnerable Canadians in mind, and it was absolutely the right thing to do,” Duclos said earlier Tuesday in a statement.

“We are not going to change that as we know if we didn’t reverse the previous government’s reform of the age of retirement the most vulnerable Canadian seniors would have lost an amount up to $13,000 per year, and 100,000 seniors would have been in a situation of poverty, raising our senior poverty rate from six to 17 per cent for seniors aged 65 and 66. We are open to encouraging seniors to stay in the work force, if they are able and willing to,” the statement continued.