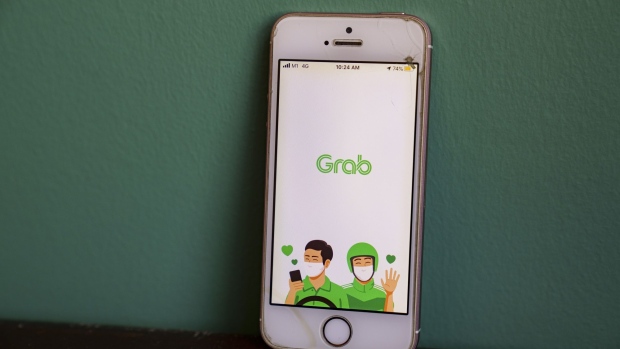 The Grab Holdings Inc. app is displayed on a smartphone in an arranged photograph taken in Singapore, on Friday, Sept. 25, 2020. Alibaba Group Holding Ltd. is in talks to invest $3 billion in Southeast Asian ride-hailing giant Grab, according to people familiar with the matter. Photographer: Ore Huiying/Bloomberg , Bloomberg

Shareholders of Altimeter Growth, the special purpose acquisition company of Brad Gerstner’s Altimeter Capital Management, voted to approve the $40 billion deal this week. The combined entity will start trading on the Nasdaq under the ticker GRAB, according to a filing Wednesday.

This week’s deal is the culmination of a year-long effort to take the Singapore-based company public. Grab and Altimeter Growth announced the deal in April, initially expecting the deal to close in July.

“We truly believe this is Southeast Asia’s time to shine, and we hope that our entrance into the global public market will help bring greater attention to the tremendous opportunity here in the region,” Chief Executive Officer Anthony Tan said in the statement.

Grab, founded in 2012, still loses money. Its third-quarter loss widened to $988 million from $621 million a year earlier, while revenue declined about 9% to $157 million.