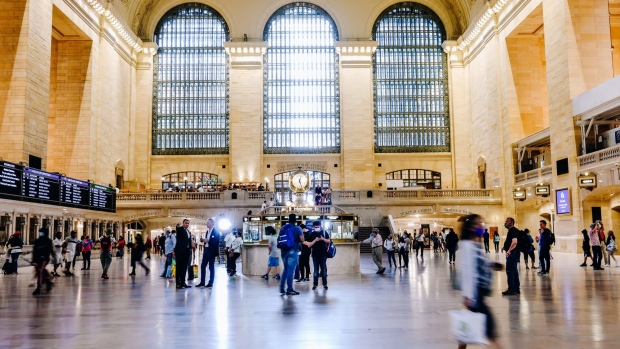 (Bloomberg) -- New York’s Metropolitan Transportation Authority is set to vote on creating a subsidiary corporation to oversee a new rail facility below Grand Central Terminal that will connect Long Island commuters to Manhattan’s east side.

The East Side Access project is estimated to cut commuting times by extending the Long Island Rail Road into Grand Central. The commuter line runs between Long Island and Penn Station, located on midtown Manhattan’s west side.

The MTA’s board is set to discuss and vote on creating the new entity at its monthly board meeting Wednesday, according to documents posted on the transit agency’s website. The new rail terminal is set to open December 2022 as the MTA struggles to bring ridership back to pre-pandemic levels. The LIRR carried 153,700 riders on Monday, a 47% drop from 2019.

The MTA is the largest public-transportation system in the U.S. and includes New York City’s subways and buses, the Long Island Rail Road and Metro North Rail Road, which connects the city to its northern suburbs. The MTA already has subsidiaries that manage those systems. This action would create another entity just for the new terminal underneath Grand Central.

The subsidiary will oversee the new 350,000-square foot terminal, which includes eight new rail tracks and 25,000 square feet of retail space within a concourse below Grand Central. A private operator will manage and maintain the hub. Long Island Railroad employees will take care of the rail work, creating about 210 new positions.

The $11 billion project is set to open December 2022 after years of delays and billions in cost overruns.