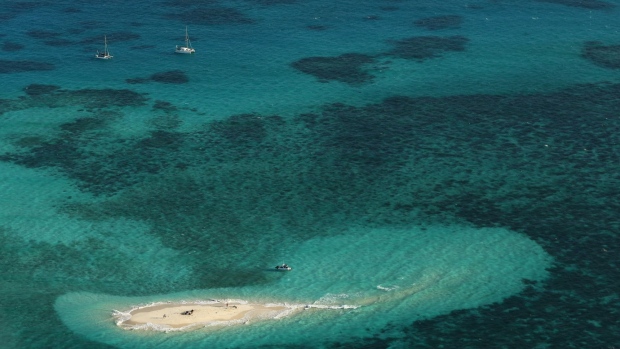 (Bloomberg) -- Australia has pledged A$1 billion ($700 million) in funding to help protect the Great Barrier Reef as the government looks to burnish its green credentials ahead of a national election due by May.

The package will help support an attraction that employs 64,000 workers and brings in A$6.4 billion in tourism revenue every year, according to a statement late Thursday. Prime Minister Scott Morrison’s government has been heavily criticized not just for its handling of the reef but for its climate policy, which some say has endangered Earth’s largest living structure.

The Great Barrier Reef, located in the north of Queensland state, is one of the seven natural wonders of the world and home to more than 600 types of corals and 1,600 species of fish. But it’s also been increasingly under threat in recent years due to large, repeated coral bleaching events caused by higher sea temperatures caused by climate change.

Only an intense lobbying effort by the Australian government avoided the world heritage site from being put on a United Nations endangered list last year, a move that would have triggered demands for additional conservation work. The U.N. in June downgraded the long-term outlook of the reef from “poor” to “very poor.”

“It’s astounding that the Morrison government plans to allocate so much money to the Reef while ignoring the number one driver of its decline -- climate change caused by burning fossil fuels,” Greenpeace Australia Pacific Climate Impacts Campaigner Martin Zavan said in a statement Friday.

Morrison’s climate policies have been criticized by environmental groups for favoring Australia’s mining and energy industries and avoiding major action. In October, he unveiled a framework to zero out Australia’s carbon emissions by 2050, but said he wouldn’t enshrine the target in law and would continue to rely on fossil fuels and projects designed to offset planet-warming pollution.

The government’s new package for the reef includes A$579.9 million to improve water quality and reduce run-off from agriculture, and A$252.9 million for reef research and conservation. The total funding will run for nine years.

“We are backing the health of the reef and the economic future of tourism operators, hospitality providers and Queensland communities that are at the heart of the reef economy,” Morrison said in the statement.

Morrison’s government will face pressure to increase their emission cuts from the opposition Labor party at the 2022 election, which must be held by the end of May. Its announcement comes just weeks after Labor announced its own policy to spend A$163 million on conserving the reef.