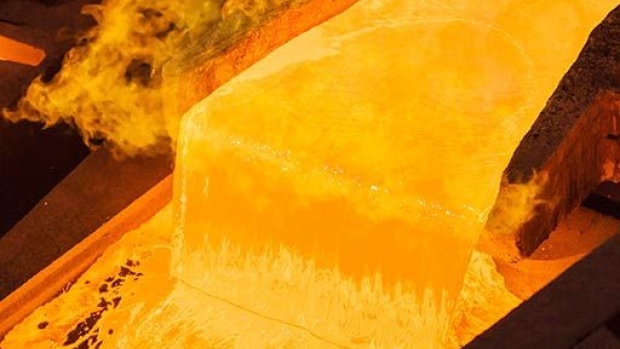 One of the biggest commodities booms in decades isn’t likely done yet -- it’s just taking a breather.

Crops, oil and metals such as nickel extended declines Thursday, a day after traders sold stocks to cryptocurrencies on concerns about inflation, speculation that the U.S. Federal Reserve will ease stimulus and China’s warning on measures to cool price spikes. Yet, many of the reasons behind the surging prices in the past year that fueled debate on whether commodities are entering a new supercycle remain intact.

“The commodities bull run is definitely not done yet,” said Eric Liu, head of trading at Chinese copper trader ASK Resources Ltd. “Every country is grappling with rising inflation, but as long as they don’t actually tighten monetary and fiscal policies, commodity prices can hardly cool off.”

A rebound in the world’s largest economies as the vaccination against Covid-19 rolls out is stoking demand for metals, food and energy when supplies are still constrained, creating short-term shortages in goods ranging from oil to lumber. That trend may intensify during the next few months in the U.S. and Europe, with more people going out, driving, booking flights and gathering for summer barbecue parties. And there’s China, which has increased soybean and corn imports to feed its rapidly expanding hog herd. 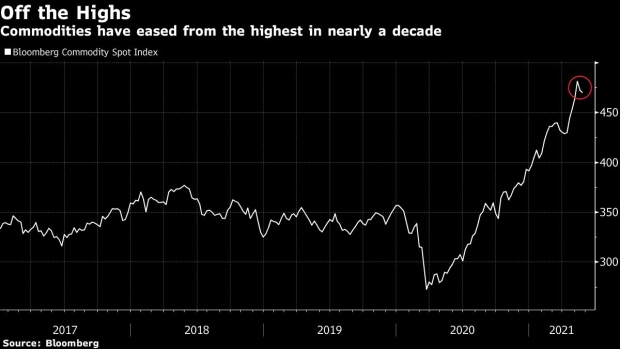 The market tone was steadier on Thursday, with copper futures rebounding from the previous day’s slump on expectations that demand will remain resilient even in the face of possible tapering by the Federal Reserve and China’s stepped-up efforts to jawbone prices lower. Corn futures also rose in Chicago, supported by China’s continued buying spree. In contrast, crude futures extended losses on the prospect of a deal to end sanctions on Iran’s exports, while the coronavirus continues to hurt Indian demand.

The Bloomberg Commodity Spot Index, which tracks 23 raw materials, slid 1.8 per cent on Wednesday as minutes of the Fed’s April meeting showed some policymakers were open to a debate on tapering at future meetings. Also, China issued a fresh warning of measures to curb rising prices, saying more needs to be done to prevent rising costs from being passed through to consumers.

The stronger rhetoric risks weighing on materials from copper to iron ore, which reached record highs this month on surging demand. China, the top commodities user, has also been buying huge amounts of crops, which helped push grains markets to multiyear highs before the rally stalled.

Recent declines are “partly driven by a reversal of macroeconomic sentiment in the world, as some of the fundamental factors that helped push up asset prices eased,” said Zhang Chenfeng, a researcher at Chinese commodity hedge fund Shanghai Chaos Investment.

The Bloomberg commodities gauge may still top 2011’s record high in the next few months as the U.S. economy further opens up though inflationary pressures could limit the upside, according to Bob Yawger, head of the futures division at Mizuho Securities.

“People wanna get out and live, and that will put a big bid in the market,” he said in an interview, adding a weaker dollar could also be a catalyst for higher commodities prices since most raw materials are priced in the greenback. Western Texas Intermediate crude oil could climb toward US$70 a barrel in the next few months “as everybody drives as many miles as they can possibly can.”

With markets looking for fresh drivers to resume the rally, energy bulls can point to the coming U.S. driving and flying seasons as lockdowns ease, as well as solid demand from Asia. Crops need almost perfect weather this summer in the U.S. and later in Brazil and Argentina for harvests to meet world demand, so any bad weather could cause price spikes. 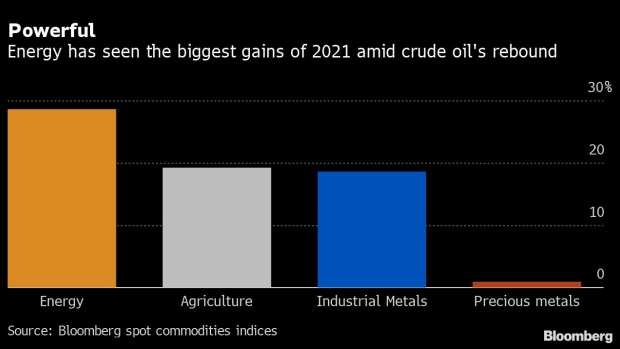 Metals have benefited from a rush to replenish manufacturing supply chains and the prospect of years of green spending, which helped send economic bellwether copper above US$10,700 a metric ton earlier this month. Whether prices go higher partly depends on a clearer picture of infrastructure spending and how long loose monetary policies will last.

Wall Street has issued bullish outlooks. Citigroup Inc. sees copper heading past US$12,000 in the coming months and major traders Glencore Plc and Trafigura said prices could jump much higher to spur enough supply to meet future demand from renewables and electric cars.

“I’m certainly in the camp of this being a healthy pause” for commodities, said Daniel Hynes, a strategist at Australia & New Zealand Banking Group. “Any disappointing data or headwinds were always going to see some profit-taking, and I think the whole sector still has some upside.”