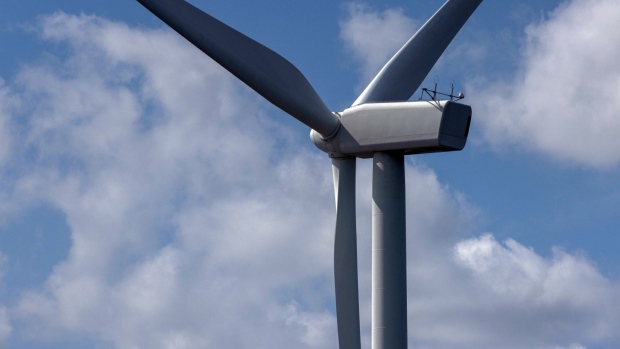 The nacelle of an offshore wind turbine at the Scroby Sands Wind Farm, operated by E.ON SE, near Great Yarmouth, UK, on Friday, May 13, 2022. The UK will introduce new laws for energy to enable a fast build out of renewables and nuclear power stations as set out in the government’s energy security strategy last month. Photographer: Chris Ratcliffe/Bloomberg , Bloomberg

(Bloomberg) -- Lake Erie Energy Development Corp. may resume its long-stalled efforts to build the first offshore wind project in the US Great Lakes after the Ohio Supreme Court rejected a challenge to its permit.

The Cleveland-based company can construct six turbines in Lake Erie, the court ruled Wednesday, upholding the permit issued in 2020 by the Ohio Power Siting Board. The $127 million Icebreaker project would have about 21 megawatts of capacity and is intended to demonstrate the viability of offshore wind farms in the Great Lakes.

Wind and solar have struggled to gain traction in Ohio, where renewables supplied about 2% of the state’s energy in 2020. The Icebreaker project faced pushback from local residents and the now-bankrupt coal producer Murray Energy Corp., which asserted that the board had failed to adequately consider the project’s potential impact on wildlife. The court rejected those claims.