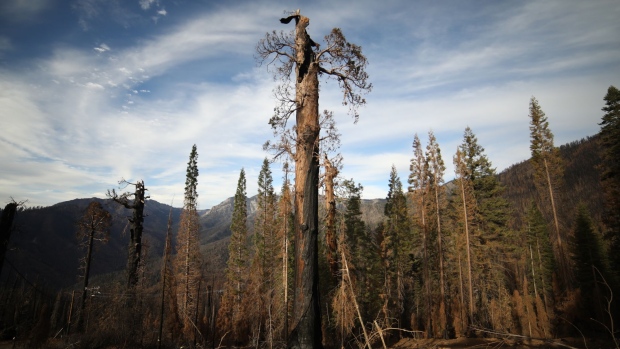 (Bloomberg) -- Environmental groups have called on the U.S. Securities and Exchange Commission to make offset purchases part of a wider climate rule that would force companies to disclose greenhouse-gas emissions.

Many had expected the SEC to unveil its climate rule by the end of last year. That timeline has now slipped to March, or even later. In a letter published Thursday, Sierra Club, Public Citizen and Americans for Financial Reform Education Fund said disclosures about the offsets markets are a critical part of this because they have “significant environmental, accounting and social integrity problems” that jeopardize the climate pledges that companies have been making.

A failure by companies to “report their investments in primary and secondary market offsets... pose a material risk to investors and the financial system,” the letter says, adding that the SEC should include mandatory disclosures about issuers’ use of offsets in its climate risk disclosure rule. Officials from the SEC declined to comment about the letter.

New regulations are seen as a way for the SEC to bring more transparency about climate risks to the financial markets. But the rule’s progress has been mired in debate around how much information the agency can force companies to divulge without losing an almost certain legal challenge from business lobbyists.

Two-thirds of companies across seven industries jointly representing 64% of global emissions are relying on offsets instead of emissions reductions to get to net zero, according to recent analysis by the Columbia Center on Sustainable Investment. The number is alarming given that study after study has indicated that most offsets available on the market don’t reliably reduce emissions.

The promise of an offset, in theory, is that it’s a payment to an entity somewhere in the world that would undo the pollution a company has put into the atmosphere. If it worked, then companies can reduce those emissions from their carbon ledger. In reality, however, experts say that most offsets available in the market fail to live up to that promise.

The opacity in the offsets markets makes matters worse. As many as half of all carbon credits sold on the voluntary market don’t have details about who bought them, according to a Bloomberg analysis of registry data compiled by the Berkeley Carbon Trading Project and Carbon Direct.

That is one reason why it’s not just environmental groups making the case for offsets disclosure. In response to SEC’s public consultation of the broader climate rule, New York’s State Comptroller wrote: “We recommend that the commission require disclosure of both quantitative and qualitative information related to carbon offsets, such as the amount of carbon offsets used to reach the carbon target and processes of ensuring the carbon offsets are credible.”

Similar comments were made by the nonprofit investor group Ceres, which said “we recommend the commission carefully consider how carbon offsets should be disclosed,” adding that “most science-based targets don’t count carbon offsets.”

The voluntary carbon market seems to be growing regardless. Trove Research, a data advisory firm, expects the market to expand by as much as 80% in 2022, reaching $1.7 billion. Mark Carney, former governor of the Bank of England who helped set up the Integrity Council for the Voluntary Carbon Market, estimates that the offset sales may reach $100 billion by 2030.