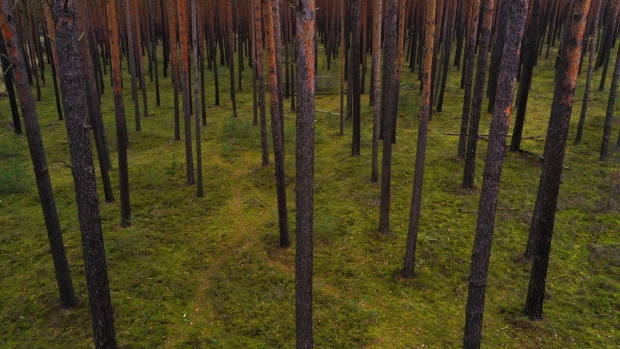 (Bloomberg) -- Sellers of European green bonds that fail to comply with the bloc’s proposed rules should be liable for damages, according to a recommendation to lawmakers.

The European Union’s green bond standard should allow investors to seek compensation against rule breakers to deter malpractice, said the study requested by the European Parliament’s committee on Economic and Monetary Affairs. Civil liability would boost the “rather weak” enforcement mechanism where regulators are neither required nor allowed to sanction issuers that do not comply with the rules, it said.

“Adding a layer of private law enforcement could directly compensate persons who suffer from greenwashing such as bondholders, complementing the efforts of public regulators,” author Nikolai Badenhoop of the European University Institute said in an interview. “It would help deter European green bond issuers from infringing their duties.”

If enacted, the recommendation would give green bond investors legal protection they’ve lacked amid a mishmash of voluntary guidelines. While borrowers currently commit to using debt proceeds for environmental projects and usually provide updates on progress, these promises are not legally enforceable in the same way as failure to pay a bond coupon.

The proposed voluntary green standard is a cornerstone of the EU’s plans to funnel billions of euros of investor money into achieving its goal to reach climate neutrality by the middle of the century. The idea is that fund managers will see the label as the “gold standard” globally, lowering costs for borrowers in a burgeoning ethical market now worth over $4 trillion.

EU member states finalized their joint position on the green bond standard earlier this month, setting the stage for negotiations with Parliament, where the final shape of the legislation will emerge. A compromise position within the Parliament is expected by summer.

Badenhoop would rather the standard was mandatory for all bonds labeled environmentally sustainable to better prevent greenwashing. He also said public regulators are better placed to verify European green bonds’ environmental status than private companies, which provide so-called second-party opinions in the current market.

“While private reviewers have an inherent conflict of interest with the assessed issuers given their commercial dependence, public supervisors are independent and objective,” the report said.

The development of the standard has already led bankers to speculate bondholders could be given legal protection against greenwashing. While civil liability is generally a matter of national law and not fully harmonized across the bloc, Badenhoop cites EU legislation on prospectuses and credit ratings that entitle investors to damage claims.

“It can add a particularly valuable layer of enforcement vis-à-vis sovereign issuers that are not subject to effective oversight,” the report said.