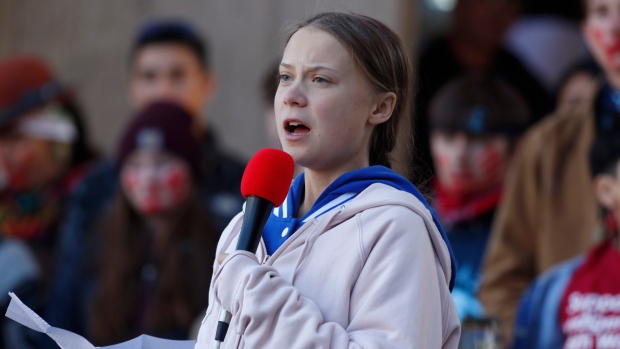 Climate Justice Edmonton has announced that the 16-year-old Stockholm student will join a march from a downtown Edmonton park to a climate rally at the Alberta legislature.

A group of oil and gas supporters is planning a counter-rally at the same time.

United We Roll, the group that organized a pro-pipeline convoy to Ottawa in February, says its members are frustrated with celebrities visiting the province and telling Albertans how to run their business.

Premier Jason Kenney has said he hopes Thunberg gets a warm welcome — even from people who disagree with her.

The teen has been making international headlines for criticizing world leaders who she accuses of letting down youth by doing too little to tackle climate change.