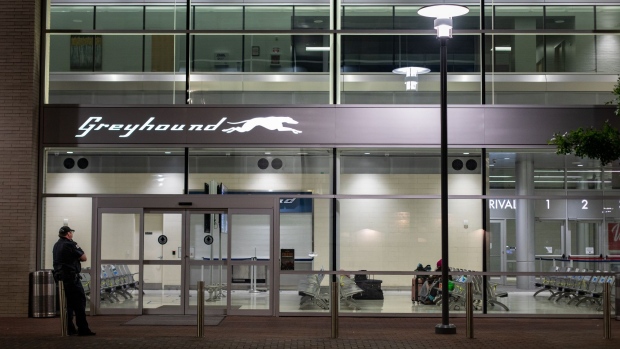 (Bloomberg) -- The owner of the ailing Greyhound bus service is stepping up efforts to offload the business after completing the $4.6 billion disposal of its other U.S. assets.

Talks on a Greyhound sale are ongoing with several parties, FirstGroup Plc Chief Executive Officer Matthew Gregory said in an interview, while declining to specify whether a buyer for the iconic brand might be found before he exits in September.

FirstGroup, based in Aberdeen, Scotland, was nearing a sale of Greyhound when the coronavirus pandemic struck. The transit group, which operates rail and bus services, permanently closed Greyhound’s Canadian arm after a clampdown on travel to the U.S. shuttered cross-border routes on the Pacific coast and eastern seaboard. It has sought to wring value from the business with 71 million pounds ($98 million) in property sales.

FirstGroup is focused on selling Greyhound after EQT Infrastructure completed its buyout of the yellow school bus division this month. Gregory said the long-distance brand’s Canadian business was always challenging and couldn’t survive on domestic routes alone, but that cost reductions have made the U.S. operation more attractive.

“We are coming back to Greyhound and working on it as hard as we can,” Gregory said. “We are in discussions with a number of parties.”

The CEO said his decision to step down isn’t related to criticism of the price achieved for the school bus division, but reflects a natural point of departure now that FirstGroup is focused solely on U.K. buses and trains. Just this week, activist investor Coast Capital called on him to stand down.

FirstGroup said Tuesday that Gregory is set to leave after the company’s annual shareholder meeting on Sept. 13, with Chairman David Martin stepping into an executive role until a successor is found.